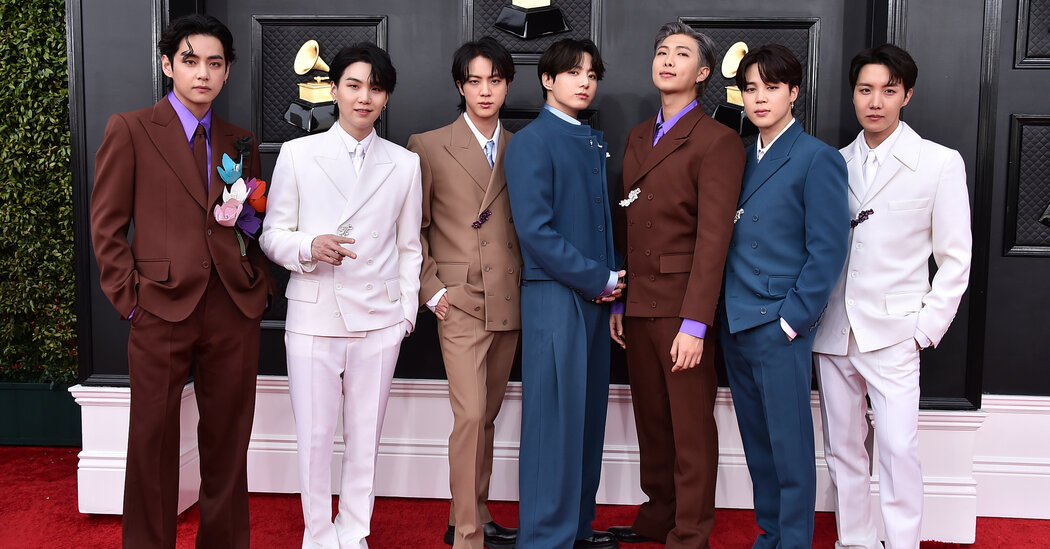 After nearly a decade together, the seven members of BTS need some time apart.

The Korean boy band released a video on Tuesday discussing the singers’ desires to take a break from their current arrangement, to explore their individual music careers and take some pressure off their lives as international pop sensations.

“We’ve talked among ourselves several times and we believe it’s good to take some time apart,” J-Hope, one of the members, said in the video. “I hope that people don’t think negatively about this step and that they see this is a healthy, important part of our plan that will let BTS grow stronger.”

But messages of support and heartbreak from the group’s dedicated fan base — known as BTS Army — became tinged with confusion on Tuesday when news organizations reported that the entertainment company associated with the Grammy-nominated band released a statement saying that BTS was not, in fact, taking a hiatus and that its members were simply focusing more on solo projects.

The BTS video was released as the K-pop group celebrated the ninth anniversary of its debut. While chatting and reminiscing over a meal, the members — J-Hope, RM, Jin, Suga, Jimin, V and Jungkook — touched on some of the challenges they were facing as artists, including the pressure to keep churning out hit songs.

“I should be writing about what I’m feeling and the stories I want to tell,” Suga said, “but I’m just forcefully squeezing out words because I need to satisfy someone.”

RM, who often speaks for the group in English — including at a recent White House visit — said it was challenging for him to balance his own artistic work with the demands of acting as a kind of group spokesman.

The singers seemed to agree that some time focusing on their solo careers would strengthen their future collaborations and would ultimately be in the service of their fans. And future solo performances are already on the books: Earlier this month, Lollapalooza, a music festival in Chicago, announced that J-Hope would be a headliner at the event this summer.

“I want to keep performing,” RM said, “but I feel like I’ve lost direction.”

Opinion | Fairfax County is a leader in promoting red-flag laws. Others should follow.