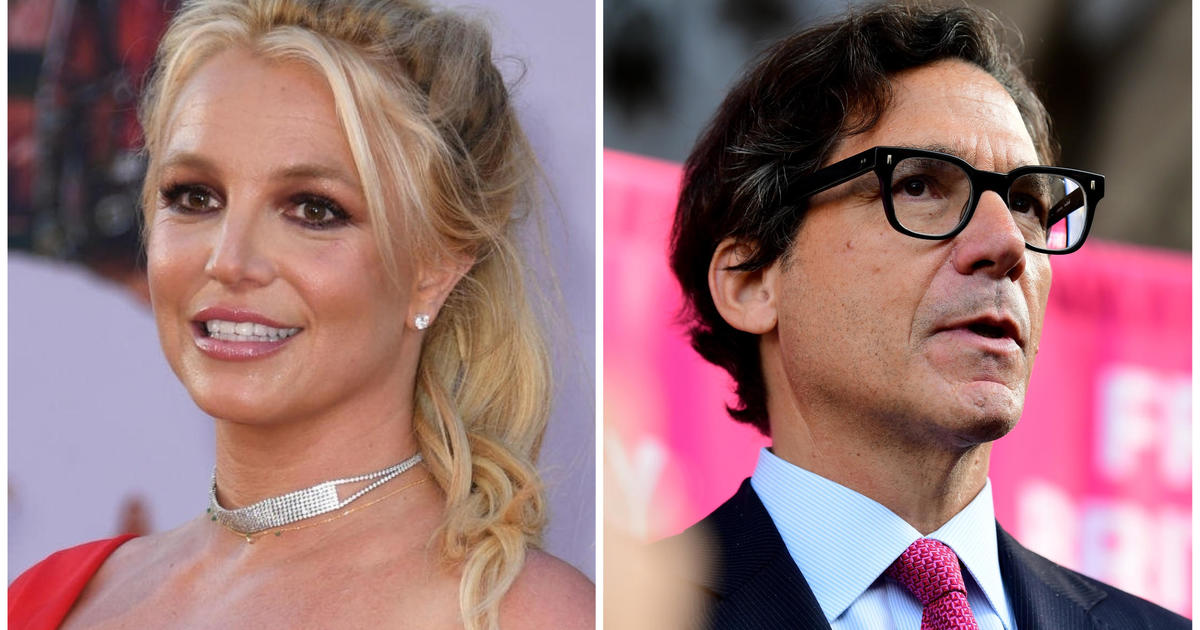 Britney Spears shared her thoughts on her conservatorship, following a major update in her legal battle last week. Britney posted a photo on Instagram of two women underwater, one swimming towards another, who is laying on a mattress. “This picture is everything to me !!! It makes me want to cry … she’s saving her divine feminine sister,” she wrote.

Britney then alluded to her own situation – a 13-year conservatorship that she claimed earlier this year was abusive.

“I suggest if you have a friend that’s been in a house that feels really small for four months … no car … no phone … no door for privacy and they have to work around 10 hours a day 7 days a week and give tons of blood weekly with never a day off … I strongly suggest you go pick up your friend and get them the hell outta there !!!!!” she wrote.

“If you’re like my family who says things like ‘sorry, you’re in a conservatorship’ … probably thinking you’re different so they can f**k with you !!!! Thankfully I found an amazing attorney Mathew Rosengart who has helped change my life,” the caption reads.

In court earlier this year, Britney gave a powerful speech about why the conservatorship should be terminated. “I think this conservatorship is abusive. I don’t think I can live a full life,” Britney told the court in June. “I feel ganged up on, I feel bullied and I feel alone.”

She alleged her co-conservators, one of which was her father, forced her to work, gave her lithium pills that made her feel drunk, limited her money, had her monitored by security and even forced her to keep her IUD in, even though she wanted to start a family with now-fiance Sam Asghari.

The 39-year-old pop star was then allowed to hire her own attorney. She chose Mathew Rosengart, a former federal prosecutor.

Last week, Penny suspended Britney’s father, Jamie Spears, as conservator and said a hearing focused on whether to terminate the conservatorship altogether is scheduled for November 12. Certified Public Accountant John Zabel will serve as temporary conservator.

Following the decision, Rosengart, told Entertainment Tonight’s Lauren Zima that Spears was “happy” about the decision.

“I think you can assume she’s very happy,” Rosengart said, telling reporters that “the goal” is to free Britney from her conservatorship by her 40th birthday on December 2.

The new post about her family and lawyer is not Britney’s first post about the conservatorship battle – but it is one of the boldest.

Caitlin O’Kane is a digital content producer covering trending stories for CBS News and its good news brand, The Uplift.

The Lab-Leak Debate Just Got Even Messier