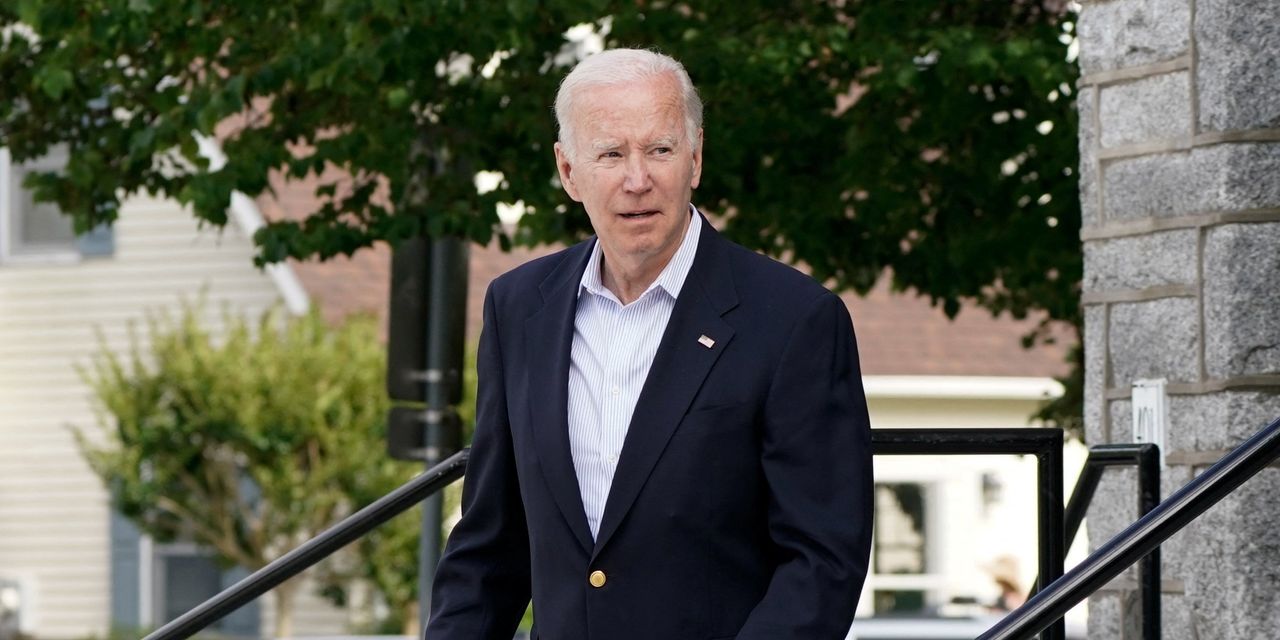 A pastime around our office in early 2021 was guessing when Democrats would begin to point out that President Biden was too old for the job and should pack it in. The consensus was after a drubbing in the midterm election, but congrats to the colleague (he knows who he is) who figured sometime early this year. He wins the office pool because the drive to shove the President out the door has already begun.

kicked off the kicking with a story quoting various progressive sages suddenly admitting what everyone has known all along: Mr. Biden is the oldest serving U.S. President at age 79, and he’ll be 82 when he finishes his term. He looks and sounds every bit his age. This declaration of the obvious has now moved along the progressive media chorus line to the Atlantic, with a piece that asserts “Let me put this bluntly:

These stories treat this as a revelation, as if Mr. Biden suddenly showed some dramatic decline. The truth is that the President demonstrated he had lost a verbal, and maybe mental, step in the first Democratic candidate debate in 2019. He hasn’t improved. Democrats admitted it privately at the time, but they rallied to him during the South Carolina primary when it looked like he was the only Democrat who could hold off the nomination of

The rest of the campaign was a long apologia for Mr. Biden’s strategy of limiting his public exposure by campaigning in his Delaware basement. Covid-19 was the perfect excuse, and woe to any journalist who dared to ask if Mr. Biden wasn’t the same man we knew as Vice President. The subject was taboo.

This was one of the great free campaign passes in history.

age was a subject of agonized media concern when he ran for President at age 69 in 1980. He was roasted after he stumbled in the first debate against

in 1984, and he had to defuse the media and public doubts with a quip about Mondale’s “youth and inexperience” in the next debate.

The Gipper was three weeks shy of 78 when he left office, which was younger than Mr. Biden was when he entered the Oval. If the President runs and serves a second term, he’d be 86 on his final day in the job. But Mr. Biden was needed to defeat Mr. Trump, and so all of this age business had to be ignored in 2020.

Why the Democratic turn now? One obvious answer is that the President is down in the polls, and his low approval rating may cost Democrats control of Congress in November. The problem can’t be the party’s ideas, or Mr. Biden’s adoption of the Sanders agenda after he’d campaigned as a moderate. The problem has to be Mr. Biden. He’s suddenly not up to the burdens of the Oval Office that have aged even younger men. He can’t make the case for his ideas. He’s overwhelmed by crises.

You almost have to feel sorry for Mr. Biden, who saved his party from Mr. Trump but is expendable now that he’s a political liability. You can almost hear Mr. Biden shouting at his staff: Where’s the gratitude? You think Bernie or Mayor Pete would have beaten Trump? I’m the guy who saved democracy.

Mr. Biden can be stubborn, and as anyone with older parents knows, taking away their car keys can be a difficult conversation. The President may not want to leave town as easily as some Democrats want him to.

All the more given the lack of obvious Democratic alternatives to Mr. Biden in 2024. Vice President

would run in a millisecond, but nothing she has done or said since her emergence on the national scene suggests she is up to the Presidency.

Democrats know this, which you can tell by all the stories earlier this year about her political struggles. That’s the Beltway insider way of preparing the field for other candidates to consider running. Not that

will need any coaxing.

Such is the price of nominating Mr. Biden with so little scrutiny about his capacity for the Presidency. Perhaps Democrats will avoid a drubbing in the midterms, or he’ll rally after the election by using a GOP Congress as a foil. But Democrats may want to begin looking for candidates far from Washington if they want to retain the White House in 2024.

Denial of responsibility! Elite News is an automatic aggregator of the all world’s media. In each content, the hyperlink to the primary source is specified. All trademarks belong to their rightful owners, all materials to their authors. If you are the owner of the content and do not want us to publish your materials, please contact us by email – [email protected]. The content will be deleted within 24 hours.
C&E Executive News FiltercommentariesCommentaries/OpinionsContent TypesDomestic PoliticsElectionsEntertainmentExecutive Branch
0
Share FacebookTwitterGoogle+ReddItWhatsAppPinterestEmail