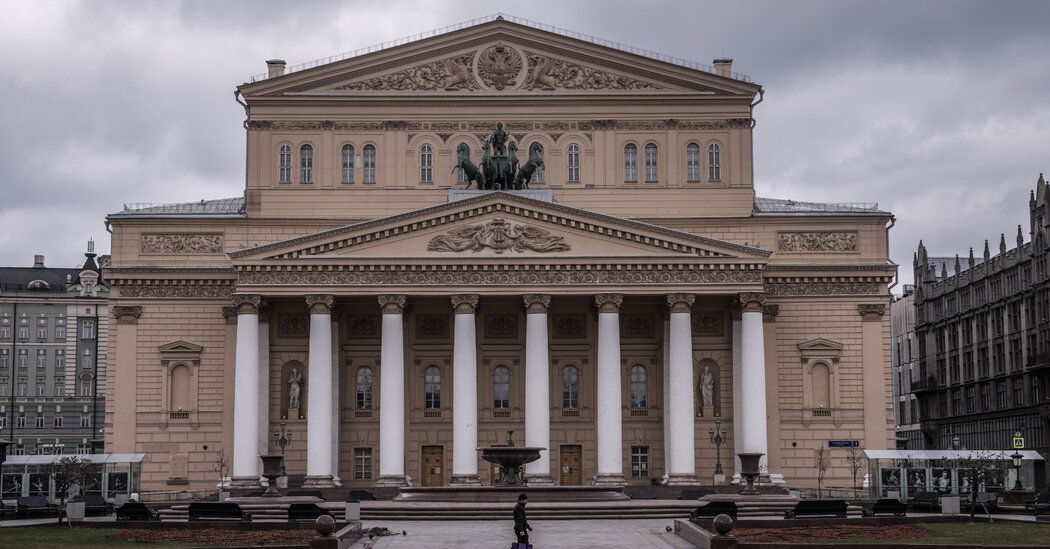 A performer was killed during an opera at the Bolshoi Theater in Moscow on Saturday when there was an accident during a scene change, the theater said.

The man, in his late 30s, was working as an extra in a performance of the opera “Sadko,” by the Russian composer Nikolai Rimsky-Korsakov.

Russian news reports said that the man had been crushed by a piece of scenery, and videos of the event that circulated online showed it happening as a backdrop descended to the stage. As the chorus kept singing and the orchestra continued to play, there was a sudden commotion onstage. Performers waved their arms and shouted “Stop!” The music ground to a halt, and most of the performers walked offstage while a few went to the rear of the stage to help the man. The curtains closed.

The show was stopped immediately, the Bolshoi said in a statement, and the audience was asked to leave.

“A tragic accident happened during the ‘Sadko’ production tonight,” the Bolshoi, one of Russia’s most prestigious theaters, said in a statement. The theater said it was assisting investigators as they sought to determine the circumstances of the man’s death.

The man was identified as Yevgeny Kulesh. He worked as part of a 50-person group of Bolshoi employees who serve as onstage extras, supplementing singers and dancers.

Russian news reports said that audience members had not initially seemed aware of the death and appeared to think that the panic onstage was part of the performance.

The Bolshoi has a history of strange deaths and injuries. In 2013, the artistic director of the Bolshoi Ballet was severely injured when a masked man threw acid in his face. That same year, a violinist died after falling into the orchestra pit.