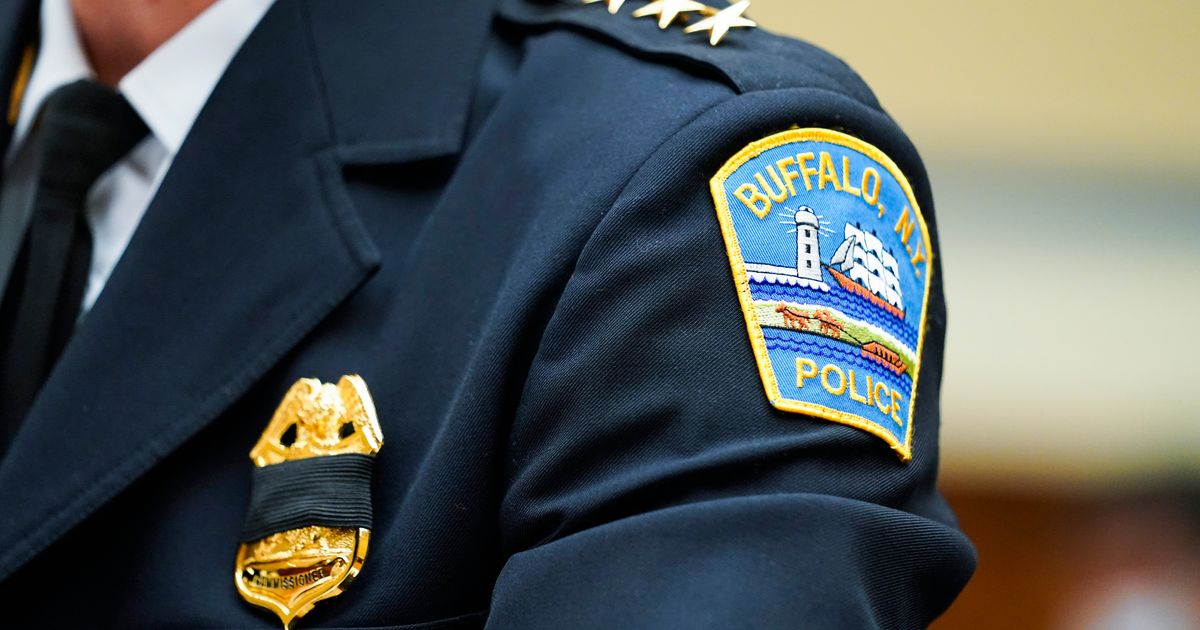 Three Black employees at the police department of Buffalo, New York, have accused a police captain of going on a racist rant about Black male officers, according to a federal lawsuit.

Two veteran officers, Brandon Hawkins and Katelynn Bolden, along with Erica Seymour, a mental health clinician with the department, filed the lawsuit Monday against police Captain Amber Beyer, who allegedly went on a tirade of prejudicial and racist comments in front of a room of officers and clinicians.

Earlier this year, Buffalo was the site of a mass shooting in a predominantly Black neighborhood. Thirteen people were shot, 10 of them fatally, and all but two of those shot were Black. A county sheriff described the shooting as a “racially motivated hate crime.” Law enforcement officials said the alleged gunman sought out a place with a high concentration of Black people to carry out the massacre.

The three plaintiffs in Monday’s lawsuit work under Beyer with the police department’s behavioral health team.

Nate McMurray, an attorney representing the officers, said he was not shocked by Beyer’s alleged remarks, but said he’s surprised she is still in a position of power.

“She just continued to act like a bully. A racist bully,” McMurray told HuffPost.

According to the suit, on May 2, Jason Wagstaff, an officer, showed Beyer a viral video of an incident where two white officers in a different jurisdiction pulled over a Black officer. After Beyer watched the video, she launched into a 20-minute tirade. According to the lawsuit, Beyer said Black men cheat on their wives more than white men. When Beyer said this, she looked toward a white officer in the room, Jamie Francis, for him to agree.

Francis did not acknowledge Beyer, the lawsuit says.

Beyer allegedly went on to say it was a running joke that all the Black officers in the department are unfaithful to their romantic partners.

According to the suit, Beyer said she would be suspicious of a Black man if she saw him in her neighborhood, a predominantly white exurb of Buffalo. She allegedly added that white officers get post-traumatic syndrome from working in predominantly Black neighborhoods, like the East side of Buffalo. She claimed, however, that Black officers aren’t similarly affected, because Black people are used to violence and commit more of it than white people.

After making the alleged remarks, Beyer walked out. According to the suit, several officers in the department texted each other in shock about what she said. One officer eventually raised an internal affairs complaint.

The lawsuit further alleges that Beyer became irate on May 11 as an internal investigation was underway, and accused Wagstaff and Bolden of being “liars” and “gossips.” She said she did nothing wrong.

Hawkins asked Beyer to apologize for her comments, but she refused, the lawsuit says.

Beyer’s racist comments continued on Sept. 29, the officers allege, after she printed out a Facebook post by a mentally unwell Buffalo citizen. While reading the post in “dramatic fashion,” Beyer repeatedly yelled the word “niggas,” looking toward the three Black officers cited in the lawsuit.

Offended, Bolden spoke up, asking Beyer to say the “N-word” instead.

The lawsuit also alleges that Beyer discriminated against Black employees by offering overtime hours for white officers with the least seniority to attend conferences and events.

The Buffalo Police Department did not respond to a request for comment for this story.

The lawsuit is demanding $15 million in damages.

On this day in history, Nov. 25, 1963, John F. Kennedy is buried in Arlington National Cemetery

‘Criminal Minds: Evolution’ premiere: Where are the characters now?