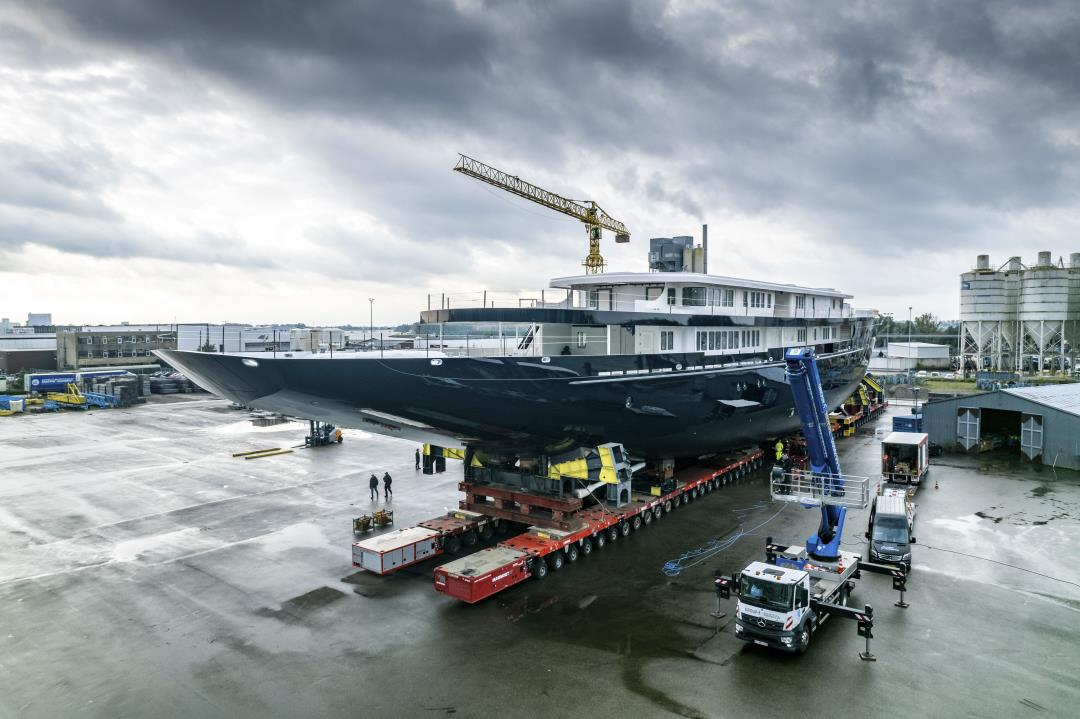 (Newser)
–
Dutch citizens have lost their reason for wishing to pelt Jeff Bezos and his superyacht with eggs. Though it was initially expected that a massive bridge in the city of Rotterdam would need to be dismantled to allow the billionaire’s $500 million superyacht to reach the sea, the 417-foot vessel was in fact transported out of Oceanco’s shipbuilding yard in Alblasserdam early Tuesday without the need to deconstruct the Koningshaven Bridge, also known as De Hef. The Koninklijke van der Wees Groep confirmed it moved the yacht to Oceanco’s Greenport yard, where its masts will be added. From there, it can enter the North Sea unencumbered, per the NL Times.


Oceanco, the maker of the yacht, was initially granted approval from the local government to dismantle the decommissioned bridge, which is 230 feet tall at its highest point, to allow the three-masted schooner to reach the sea. But that triggered an uproar, despite Oceanco’s plans to foot the bill, the New York Times reports. It notes that “building the earth’s biggest sailing yacht and taking apart a city’s beloved landmark” is considered “the devil’s all-you-can-eat buffet” in the Netherlands, which prides itself on austerity. Oceanco ultimately rescinded its request to take apart the bridge last month.


The unfinished vessel, without its three masts, was then towed from Alblasserdam before dawn Tuesday, the New York Post reports. The yacht dubbed Y721 made the journey 24 miles southwest along the Noord canal in less than three hours, though it normally takes twice as long to make that journey, according to Dutch yacht enthusiast Hanco Bol, who captured video of the transport. “We never saw a transport going that fast,” Bol wrote in the caption of his YouTube video. It will still be several months before the superyacht is completed, per the Post. (Read more Jeff Bezos stories.)