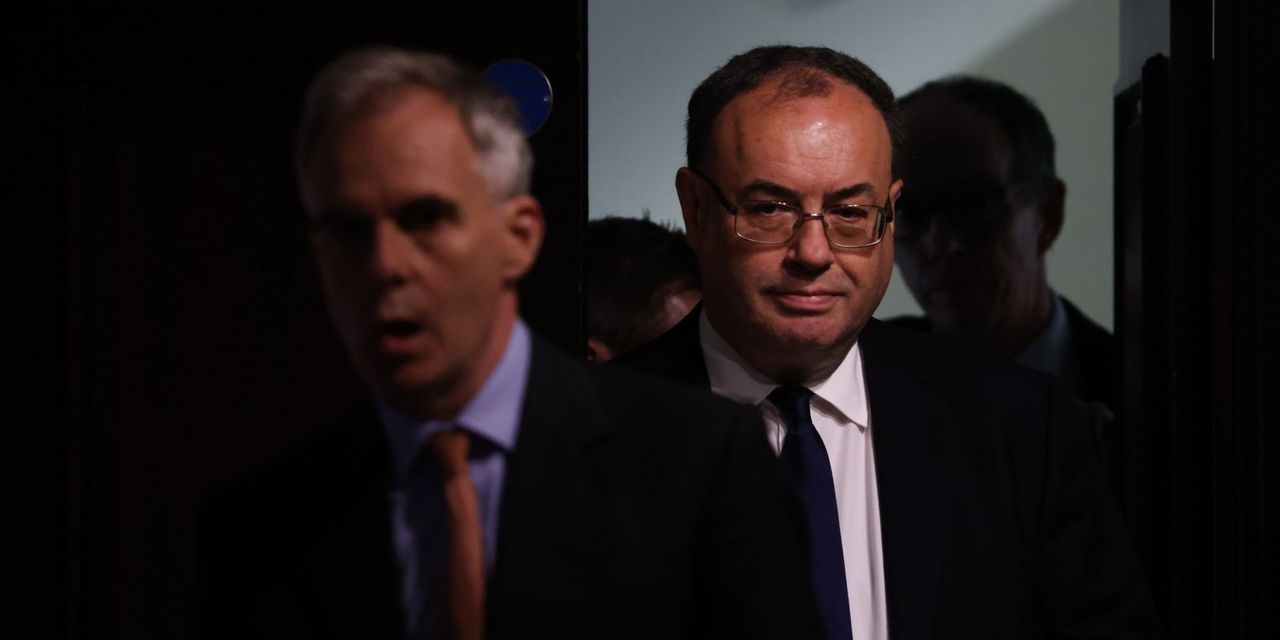 LONDON—The Bank of England raised its key interest rate by a half percentage point Thursday, the largest single step in more than a quarter-century, as the central bank follows the Federal Reserve in giving priority to the fight against inflation over the risk of hurting growth.

In a statement, the bank raised its key rate to 1.75% from 1.25%. That means the bank has increased borrowing costs at six straight meetings of its monetary policy committee, its longest such streak since the late 1990s.

Eight bank officials voted for the larger than usual rate increase while one voted to raise rates by a more modest 0.25 percentage points. Thursday’s increase was the largest since 1995 and the first half-point increase since the bank was granted independence in 1997.

The Bank of England warned the U.K. economy was poised to enter its longest recession since the financial crisis. The British economy is expected to contract for five consecutive quarters beginning in the fourth quarter of 2022, the bank said.

The British pound erased earlier gains to fall against the dollar and the yield on the U.K.’s benchmark 10-year bond fell to 1.865% from 1.929% on Wednesday, following the statement.

The bank has opted to follow a path set by its counterparts in the Federal Reserve: viewing soaring inflation as a risk warranting larger than usual jumps in interest rates, even if that puts economic growth in jeopardy.

The Federal Reserve last week undertook its second consecutive 0.75-percentage-point interest rate rise, raising its benchmark federal-funds rate to a range between 2.25% and 2.5%.

As in the U.S., the British economy is experiencing inflation levels at multi-decade highs—a product of an end to Covid-19 lockdowns, global supply chain issues and soaring energy and food prices.

U.K. households, however, are facing a more acute energy crisis than those in the U.S. European economies are facing rising electricity and natural gas prices after Russia slowly curtailed the natural-gas flows that the continent has come to depend on. Although the U.K. is less dependent on Russian energy supplies than countries such as Germany, its natural-gas prices are still feeling the knock-on effects of the crisis.

Until Thursday’s decision, the BOE had stuck to small, steady incremental increases in its benchmark rate though it was one of the earliest major central banks to act. The U.K. central bank began tightening monetary policy in December, while the Fed waited until March.

In changing course, bank officials said that a larger interest rate rise was necessary to bring inflation back to its 2% target as rising consumer prices had intensified significantly since its last meeting. Russia’s tightening of its gas supplies to Europe, and the subsequent rise in gas prices, was by far the largest contribution to inflation in the U.K, the bank’s governor, Andrew Bailey said.

“Returning inflation to the 2% target remains our absolute priority,” he said. “Inflation hits the least well off hardest. If we don’t act…the consequences later will be worse.”

Recent figures showed the U.K.’s pace of inflation quickened in June to 9.4%, its highest reading in 40 years. Still, core inflation—which strips out volatile food and energy prices—has shown signs of cooling. The BOE said it expects inflation to peak at 13.2% in the fourth quarter of the year.

The central bank also outlined plans to sell some of the bonds it acquired during its quantitative-easing programs, which began in the wake of the global financial crisis and were most recently revived to help counter the economic impact of the Covid-19 pandemic.

The BOE started to reduce its stock of government bonds in March, a policy known as quantitative tightening that is intended to help contain inflation. Like the Fed, it has so far done that by letting bonds that it owns mature without buying new ones to replace them. But in a first for a major central bank, the BOE Thursday proposed a plan to start selling bonds that have yet to mature as soon as September. Combined with maturing bonds, that is expected to total 80 billion British pounds, equivalent to $97 billion, over a year. MPC members will vote on the proposal at the bank’s September meeting.

In recent weeks, bank officials had raised the prospect of the half-point rate rise, citing the risk that inflation could be above their forecasts. Mr. Bailey had said explicitly the bank would consider a 0.5 point rise.

He left open the option of further larger than usual rate rises at the bank’s subsequent meeting. “All options are on the table for our September meeting,” he said. “We will, if necessary, act forcefully.”

—Paul Hannon contributed to this article.

Write to Will Horner at [email protected]