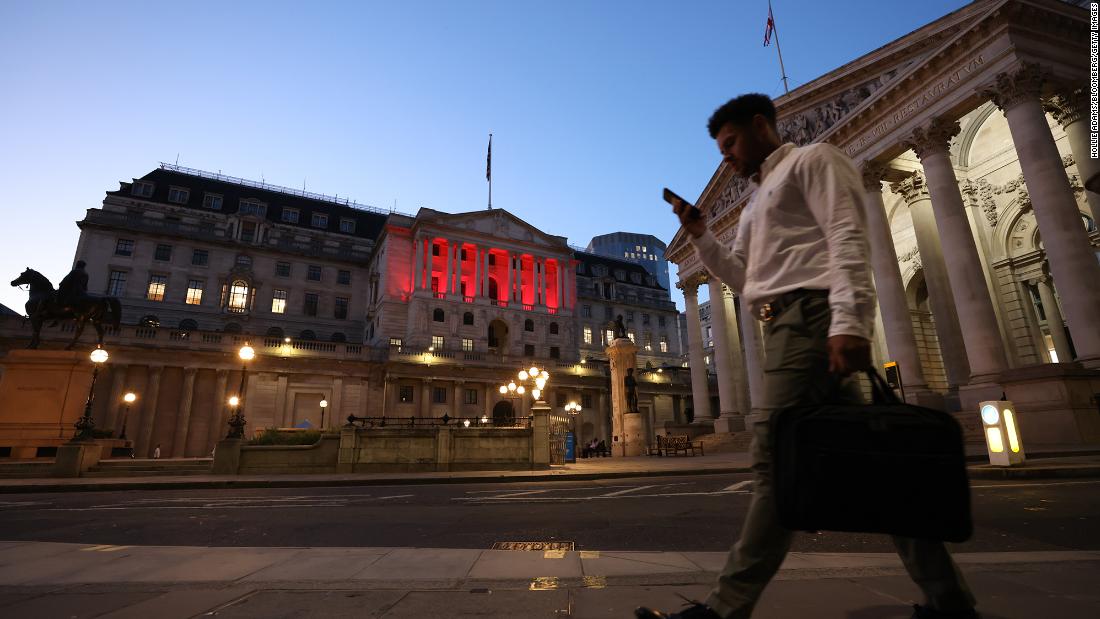 By Ron Miles Last updated Jun 20, 2022
0
Share
The Bank of England said on Thursday that it would raise the cost of borrowing by 25 basis points to 1.25% despite fears that soaring prices are already squeezing households and weighing on economic growth.

“Bank staff now expect GDP to fall by 0.3% in the second quarter as a whole, weaker than anticipated at the time of the May Report,” the Bank of England said in a statement.

The central bank said three members of its Monetary Policy Committee wanted to raise rates by 50 basis points to 1.5% — which would have been the biggest increase in 27 years — but were outvoted by the other six.

Soaring food and fuel prices have plunged millions of Britons into the worst cost-of-living crisis in decades. Annual consumer price inflation rose to 9% in April — its highest since 1992. The Bank of England now expects inflation to rise slightly above 11% in October.
Food research firm IDF said in a report Thursday that grocery price rises could top 15% over the summer. Export bans on key goods, including palm oil from Indonesia, and the war in Ukraine, which has limited exports from the region, are among the factors that have stoked food inflation, the report said.

The UK economy is in a grim spot. GDP contracted by 0.3% in April, following a 0.1% drop in March, according to data from the Office for National Statistics. Output fell across all three main sectors — services, production and construction — for the first time since January last year.

The Bank of England’s decision comes a day after the US Federal Reserve raised rates by 75 basis points to bring inflation under control. That’s the Fed’s largest hike since 1994.

George Buckley, chief economist for UK and Europe at Nomura, told CNN Business that it was “understandable” that the Bank of England had decided on a more modest rate hike than its US counterpart.

“The Bank of England [thinks] that high current inflation will, by itself, hit growth and ultimately bring inflation down in the future,” Buckley said.

“The bank is grappling with surging inflation, but at the same time the risk of recession — so it’s understandable the differences of opinion on the Committee right now about the scale of tightening required,” he added.

Talent war in the funds industry is driving a ‘great negotiation’