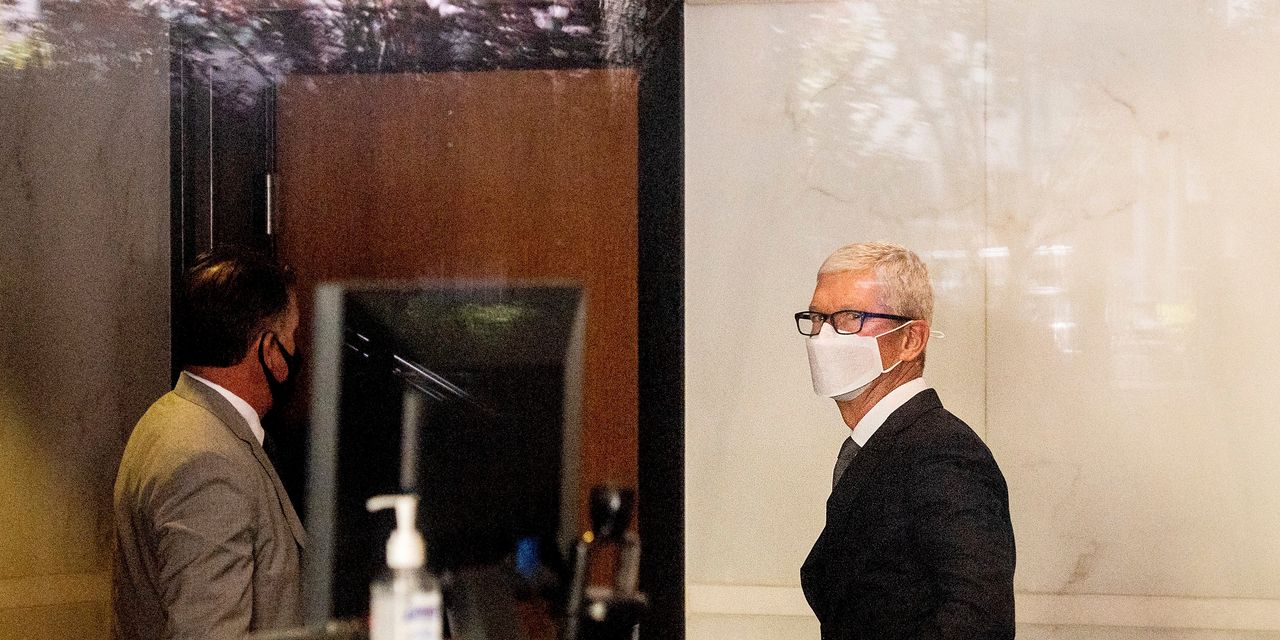 told a federal judge on Friday it plans to appeal a verdict in its high-profile antitrust case against Epic Games Inc., a contest that has brought new attention to how big technology companies manage software and applications on their platforms.

The iPhone maker also is seeking to put on hold an order by U.S. District Judge

that requires Apple to loosen some restrictions on how App Store developers seek payments for their online offerings.

Epic, the maker of the popular game “Fortnite,” already had filed a notice of appeal to the Sept. 10 verdict issued by the Oakland, Calif., federal court following the 16-day bench trial in May. An Epic spokeswoman declined to comment on Apple’s plan to appeal.

The case put on trial the ways in which companies such as Apple control access to their users. Lawmakers and regulators in the U.S., European Union and beyond are closely monitoring the issue.

Apple faced a deadline to file its notice of appeal, a routine procedure that doesn’t include details of its argument against the one of 10 claims that the judge ruled on.

Most of Epic’s claims were rejected by the judge, including that Apple was an improper monopoly in its control of distribution of software onto the iPhone and its requirement that forces developers to use its in-app payment system. Apple collects what Epic calls an unfair commission of as high as 30%.

Apple had argued its rules protected users and its fees were in line with industry norms and fair for the services it provides. Following the original verdict, Apple has cheered the findings as a “resounding victory.”

Still, it wasn’t a complete win. The judge ruled that Apple was wrong to prohibit developers from using in-app and out-of-app communications with users to send them to alternative payment methods. She issued an injunction to force Apple to stop this ban.

“The company understands and respects the Court’s concerns regarding communications between developers and consumers,” the company said in a court filing. “Apple is carefully working through many complex issues across a global landscape, seeking to enhance information flow while protecting both the efficient functioning of the App Store and the security and privacy of Apple’s customers.”

Some legal observers have said they think an appeal to the Ninth U.S. Circuit Court of Appeals could take a year or more, and the case is likely to ultimately go to the U.S. Supreme Court, the nation’s top court.

has suggested the process could take five years. Meanwhile, Apple isn’t allowing Epic back on its developer platform until the appeals process is completed.

The legal battle emerged in August 2020, when Epic sneaked an in-app payment into its popular “Fortnite” videogame that violated Apple’s rules. In response, Apple booted the game from the App Store, and Epic’s lawsuit followed.

The case gave a unique window into Apple’s secretive App Store business, revealing that about one-fifth of operating income in fiscal 2019 came from its cut of app revenue, according to a Wall Street Journal analysis of court records that were made public as part of the trial.

Apple has said the figures released were flawed and too high; still it has acknowledged that much of its App Store revenue came from videogames.

What to watch: ‘Ted Lasso’s’ most dynamic duo, ‘Acapulco’ and our ‘SNL’ hopes

She Doesn’t Have a Terminal Illness. She’ll Die on Sunday