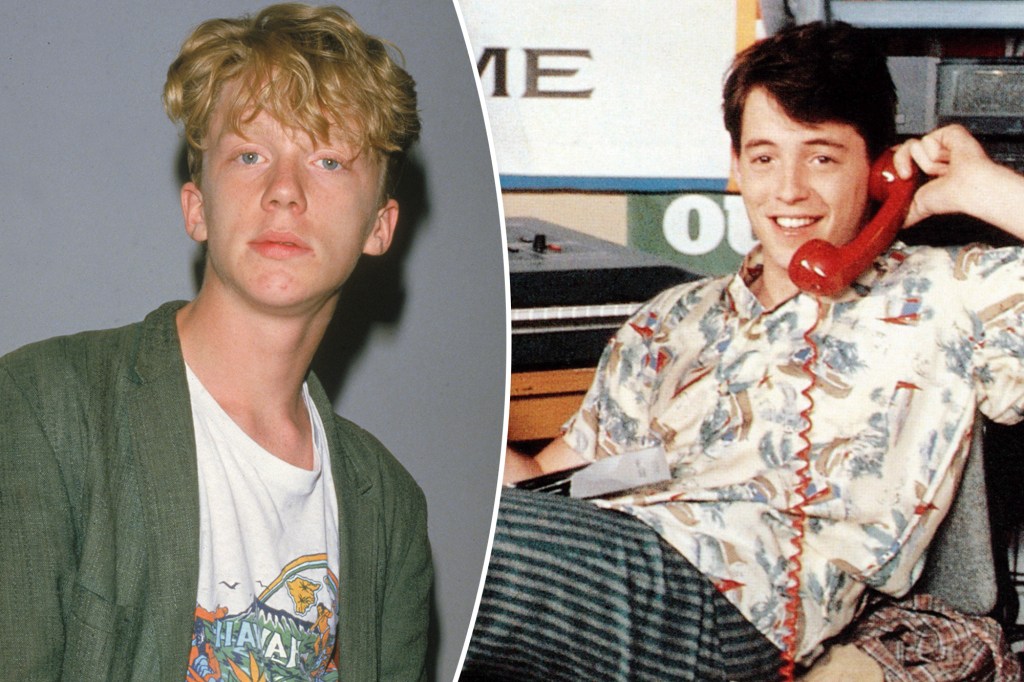 “Ferris Bueller’s Day Off” and “Pretty in Pink” both would have looked very different if Anthony Michael Hall was in the lead.

Both 1986 cult classics involved John Hughes and sent the Brat Pack — a group of young adults who cemented their celebrity status by starring in a slew of ’80s teen films — into the Hollywood stratosphere.

Hall was one of those prolific actors as well as one of the late Hughes’ muses, and he admitted he regrets turning down both of the iconic teen rom-coms.

Matthew Broderick scored the title role in “Ferris Bueller’s Day Off,” where he played a smart-mouth high schooler who skips school to hang out with his friends.

Hughes also wanted Hall to portray Duckie Dale in “Pretty in Pink,” opposite Molly Ringwald, but the role ultimately went to Jon Cryer. Hall went on to play characters in two of Hughes’ great masterpieces: “The Breakfast Club” and “Sixteen Candles.”

“Ferris Bueller,” however, was the role the “Halloween Kills” star regrets passing on the most. “It would be Ferris, because what I felt reading ‘Pretty in Pink’ was it felt like a reboot of ‘Sixteen Candles,’ ” Hall said. “The girl wants the handsome kid, and the dorky kid is after her. To me, it was replicating ‘Sixteen Candles.’ “

“But I thought there was a real uniqueness to Ferris,” he added. “I thought that would have been a lot of fun.”

Hall explained, “If you think back at ‘Sixteen Candles,’ that scene where I’m with the prom queen, and I crash the Rolls-Royce and I break the fourth wall, and I look into the camera? There’s the basis for Ferris. We discovered him on set together. John would see that would work and that led to him creating a character like Ferris who is always breaking the fourth wall.”

Hughes passed away on Aug. 6, 2009, after suffering a heart attack in New York City. Hall confessed that turning down the parts caused a rift between him and the filmmaker and the two didn’t talk again.

“It’s one of the saddest things of my life because I loved the guy,” Hall said. “He was a big brother to me. I spent a lot of personal time with him, I was like his third kid. Back in the day when we did those films I would hang out with him and his wife and two kids, so I was their third son in a way. I had a real close relationship with John.”