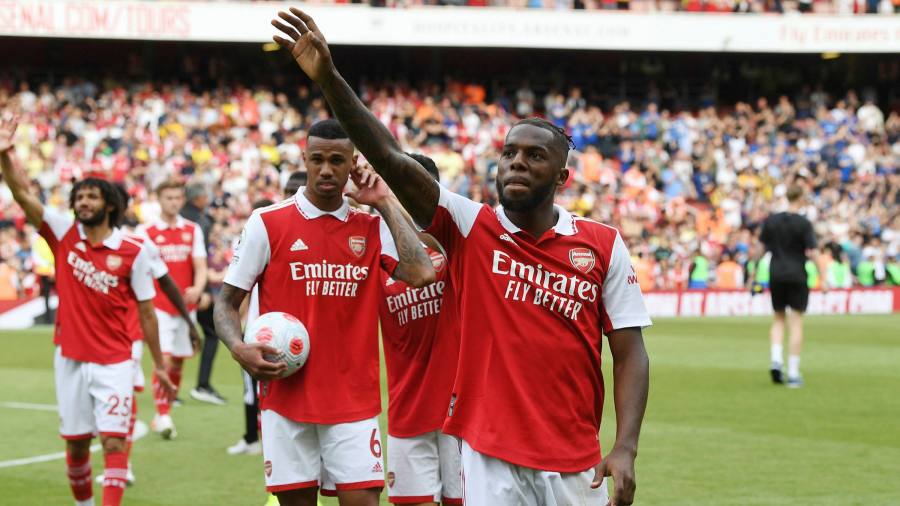 All or Nothing: Arsenal, TV review — behind the scenes of the Premier League club

Tribal football fans will find anything to bicker and boast about — from which club has the best sponsors to the least despotic owner. And now as Arsenal become the third Premier League club in recent years to get the documentary treatment as part of Amazon’s All or Nothing series, we surely can’t be too far off stadium brawls over Rotten Tomatoes ratings.

Having previously tasted victory with Manchester City, then gorged on hors d’oeuvres at Tottenham’s stadium, the fly-on-the-wall now makes the short trip across north London to capture a year among the Gunners.

Unlike a season review, the eight-part series (narrated by Daniel Kaluuya) is less interested in recapping the in-game minutiae of a frankly unremarkable season than focusing on the daily off-field moments that fans rarely have access to. While purists may grumble at a lack of detailed tactical insight, it can feel revelatory to observe the personal chats between inscrutable, laconic players and to experience the atmosphere in the dressing room after a hard-earned victory — or a sobering defeat.

Combining the fervid intensity of a Silicon Valley visionary and the emotional earnestness of Ted Lasso, the 40-year-old Spaniard tries to rally his players with positive visualisation exercises and pregame speeches about passion, pride and privilege. At one point the tactics board features just an illustration of a heart. It may sound laughably trite, but there’s something almost touching about seeing innocence and simplicity still thrive in a game becoming ever more complex and cynical. Arsenal, incidentally, start to win.

While the show maybe indulges the oratory too much, there’s also room for quieter moments in which the players’ personalities come through in a way scarcely seen in other press interviews. We hear, for instance, the humble rising star Bukayo Saka reflect on media scrutiny and his inability to “do normal things”, and catch up with new Portuguese signing Nuno Tavares as he grapples with homesickness.

None of them have the gravitas or magnetic, outsized egos of the 1990s Chicago Bulls team that made The Last Dance documentary a more riveting watch. But seeing these Arsenal players have pleasingly banal conversations about Ikea or amusement parks, you remember that they’re not just icons or symbols of an entire community’s hopes. They’re normal boys and young men of whom we football fans demand so much.

Ukraine can be a leader of Europe’s green transition