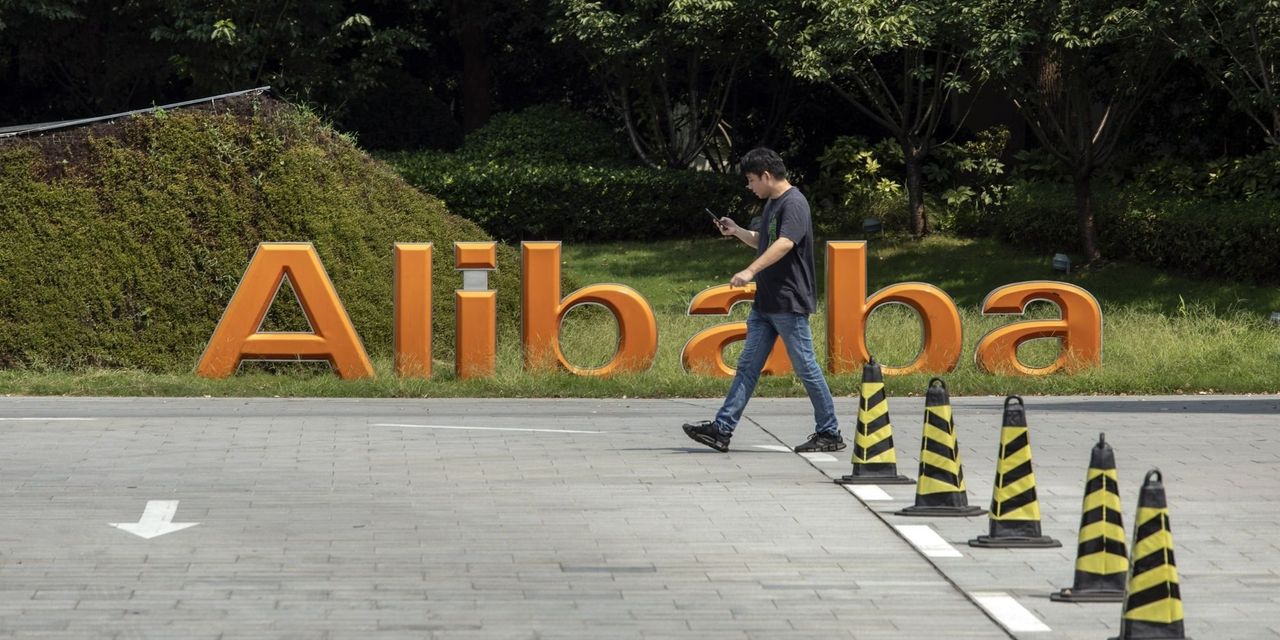 Alibaba Passes Through the Storm Into the Slog

life remains tough. It has survived the brunt of Beijing’s regulatory fury—but now needs to learn to live with a weaker Chinese economy, which is likely to persist. And while new regulatory fusillades from Beijing may be slower to appear, a less permissive political environment in China looks permanent.

The Chinese e-commerce giant’s overall revenue dropped slightly, or 0.09%, from a year earlier while operating profit fell 19%. That is the first-ever revenue decline for the company since it was listed in New York in 2014. Even so it was better than the average estimate on S&P Global Market Intelligence—showing just how pessimistic analysts have become on the Chinese e-commerce sector.

A slowing Chinese economy, exacerbated by lockdowns in Shanghai and other major cities last quarter, dealt Alibaba a heavy blow: Revenue from its commerce business in China fell 1% year-over-year. The segment was boosted by 8% sales growth in its direct sales businesses—for instance from department stores and grocery chains—which earn lower margins than its core e-commerce business.

Revenue at its customer management segment—basically selling advertising and earning commission on its Taobao and Tmall platforms—dropped 10% from a year earlier. The operating margin for its China commerce segment narrowed to 28% from 33% in 2021.

China’s economy has picked up slightly in the past couple of months as the strictest pandemic restrictions evident in April and May have eased, but it remains sluggish. Retail sales in June rose just 3% from a year earlier. The worsening housing crisis, which has sparked mortgage protests of late, will continue to weigh on the economy. That will further damp consumer sentiment as well as merchants’ advertising spending on Alibaba’s platforms.

Alibaba also has to adjust to the new regulatory reality. While the worst of the technology crackdown is probably over for now, the company’s days of heady growth are likely over too. Using heavy subsidies to expand quickly, for example, may not be as easy as before.

In his letter to shareholders last week, Chief Executive Officer

listed globalization among Alibaba’s three main strategies. Broadening markets outside of China will be important when things are rough at home. But it will not be easy. International commerce only generated around a 10th of its China’s business last quarter and has yet to be profitable.

Alibaba could also face regulatory setbacks abroad. It could be delisted from New York if Beijing and Washington can’t reach an agreement on audits. Alibaba’s shares have lost more than two-thirds of their value from their peak in late 2020.

Perhaps the eventual end of China’s zero-Covid policies—at some unknown future date—will be the spark needed to turn around Alibaba’s fortunes. Until then, or until some other clear catalyst to reignite growth arrives, both the company and its investors are in for a long slog.

Denial of responsibility! Elite News is an automatic aggregator of the all world’s media. In each content, the hyperlink to the primary source is specified. All trademarks belong to their rightful owners, all materials to their authors. If you are the owner of the content and do not want us to publish your materials, please contact us by email – [email protected]. The content will be deleted within 24 hours.
9988.HKAlibabaAlibaba GroupBABAC&E Industry News FilterContent TypescorporateCorporate/Industrial News
0
Share FacebookTwitterGoogle+ReddItWhatsAppPinterestEmail