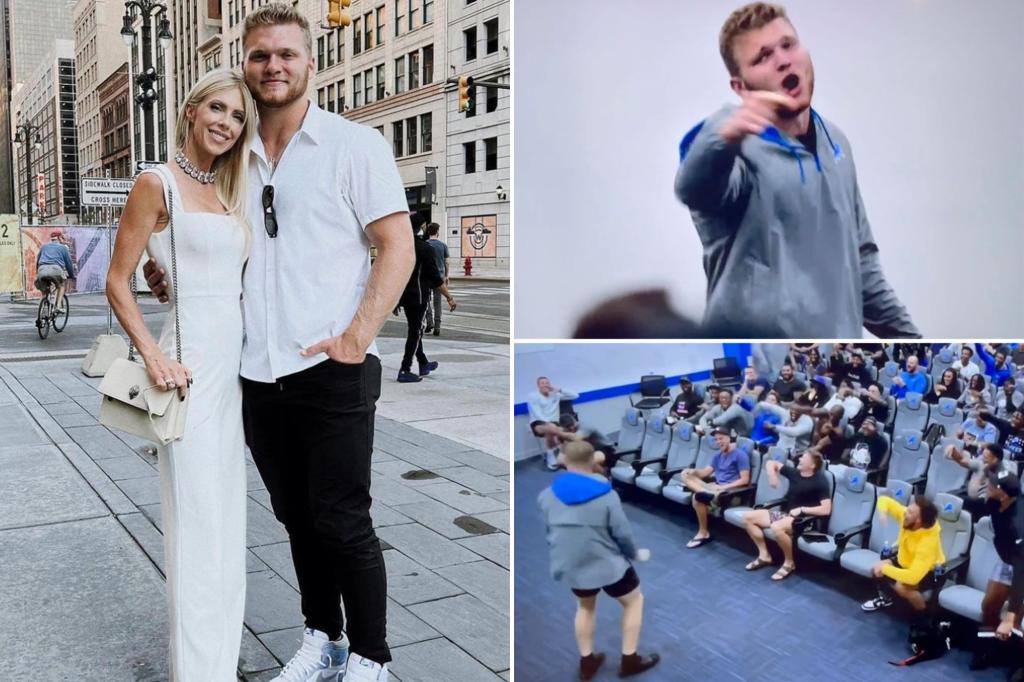 It seems Aidan Hutchinson has mom Melissa to thank for his dance moves.

The Hutchinson family matriarch playfully jabbed the Lions rookie on Thursday in a 22nd birthday tribute, when she referenced the defensive end’s now-viral performance of Michael Jackson’s “Billie Jean” at training camp.

“When i was pregnant for the 3rd time, I remember thinking if it was a boy, would I know how to raise a boy? WHAT would i do with a boy?! Everything, God said,” the artistic photographer wrote on Instagram.

Melissa, who is also a mom to daughters Mia and Aria, this year’s Miss Michigan USA, added of Hutchinson: “He’ll even let you put him in competitive dance to save his rookie ass at NFL training camp in the future. He might even sing Billie Jean.”

Hutchinson, the Lions’ second overall pick in the 2022 NFL Draft, recently cemented his status as one of the breakout stars of HBO’s “Hard Knocks” this season, when cameras captured him channeling the late king of pop during a team meeting.

Hutchinson recently elaborated at training camp as to why he chose “Billie Jean.”

“Everybody loves Mike. Who doesn’t like Mike,” Hutchinson said last week, per Woodward Sports Network. “I was rehearsing the verses in my head for a couple of days. My name was called and I had to step up.”

When asked if he was nervous at the moment, Hutchinson replied, “I wasn’t that nervous. Obviously, you’re a little nervous you gotta sing in front of the boys, it’s a little weird but you just gotta embrace it and own it.”

Hutchinson’s biggest fans, including mom Melissa, also appeared on Tuesday’s installment of “Hard Knocks,” where she reflected on the family’s time at this year’s NFL Draft.

“Aria said when we go to the draft, if he doesn’t get drafted by the Lions I will be sobbing on camera,” Melissa said during the episode.

“Everybody will think that I’m so happy that he went somewhere else,” Melissa continued, noting she would have been “so depressed that he’s not home.”

The Lions will host the Falcons on Friday at home in Detroit for their first preseason game.