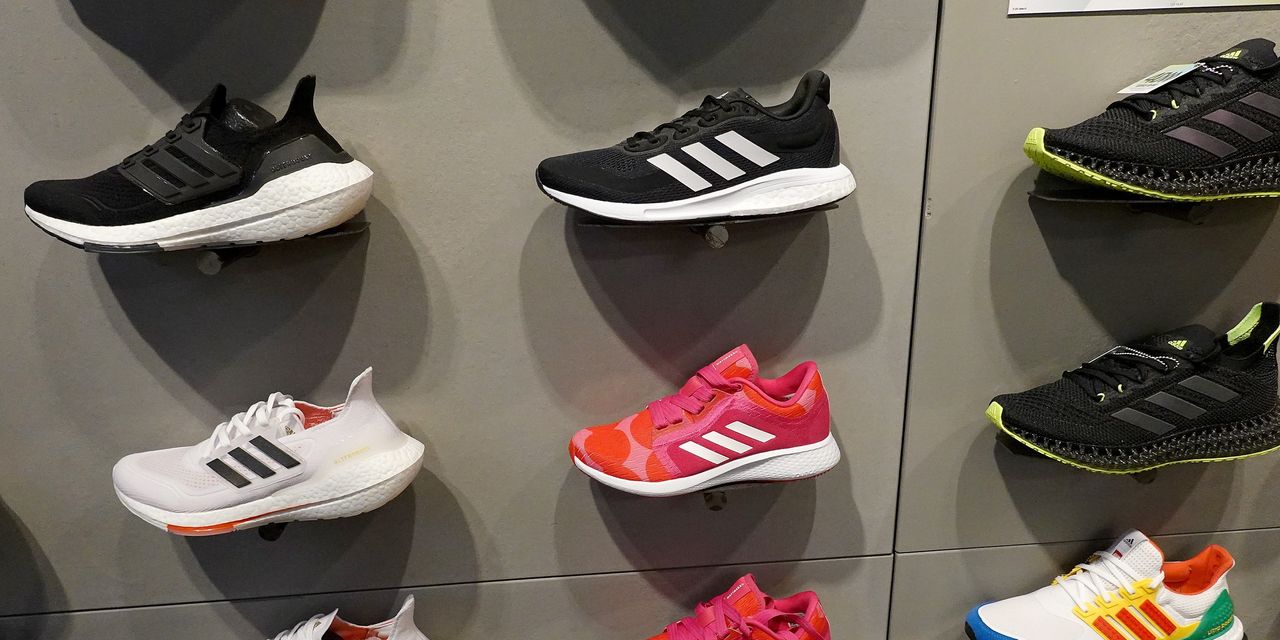 plan for peak performance in 2025.

On Thursday, the German sportswear brand said sales in the three months through June increased by 4% year over year at constant exchange rates. Adidas had already put out its second sales and profit warning of the year last week, blaming a slow recovery among Chinese consumers as the country reopens from recent Covid-19 restrictions.

A decision to stop selling its goods in Russia also shaved around €100 million off the company’s top line during the quarter, equivalent to $102 million at current exchange rates. Adidas’s shares lost 9% of their value in the days immediately after the warning but have bounced back since.

The German brand’s problems in China go deeper than the recent lockdowns. International sports companies were losing market share to local competitors like Anta Sports before the pandemic. Since the second quarter of last year, that problem has been compounded by a consumer boycott over Adidas’s stance on Xinjiang cotton, a problem that has also dogged rival

Chinese influencers canceled their marketing partnerships with the brand and are still reluctant to sign back up.

Just before the furor, Adidas had identified China as a crucial market to help the business meet new 2025 financial targets, announced early last year. Management wants to grow sales by an average of 8% to 10% a year through the middle of the decade, and reach an operating margin of up to 14% in 2025. This would narrow a longstanding profitability gap with Nike—one reason why Adidas stock trades at a roughly 30% discount to its U.S. competitor in terms of projected earnings. In 2019, Adidas’s margin was 11.3%, the highest level in at least 10 years, but that is expected to slip back to 7% in 2022, partly because of higher supply chain costs.

Shaky demand in China is making Adidas more reliant on consumers in other regions. The brand looks very strong in North America, where sales grew 21% in the second quarter compared with a year ago. In Europe, Middle East and Africa growth was 7% despite the hit in Russia, but Adidas expects consumer spending to slow in its core European markets, where shoppers face much higher energy bills.

Much of Adidas’s momentum has come from China in recent years—around 60% of its revenue growth between 2017 and 2019, compared with roughly 30% for Nike, according to

estimates. The company’s share of the global sportswear market has been falling since 2018. Unless Chinese consumers forgive Western sportswear brands soon, Adidas will need some improbably heavy lifting by Western shoppers to get into the shape it wants.

Denial of responsibility! Elite News is an automatic aggregator of the all world’s media. In each content, the hyperlink to the primary source is specified. All trademarks belong to their rightful owners, all materials to their authors. If you are the owner of the content and do not want us to publish your materials, please contact us by email – [email protected]. The content will be deleted within 24 hours.
adidasADS.XEC&E Industry News FilterclothingClothing/TextilesConsumer GoodsContent Typescorporate
0
Share FacebookTwitterGoogle+ReddItWhatsAppPinterestEmail

Terry Castro, a Proud Outsider in the Jewelry World, Dies at 50

How Mormon officials let it happen