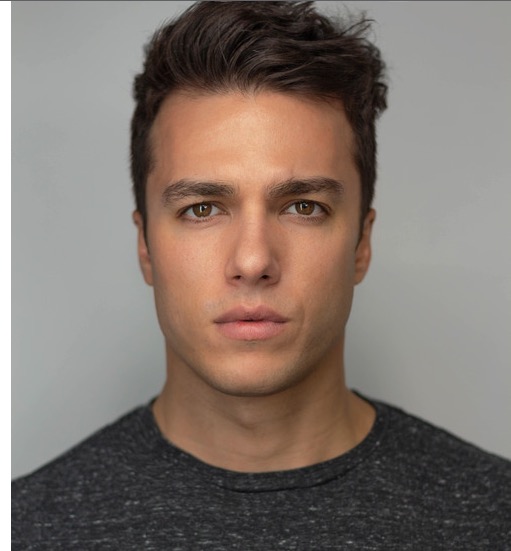 Before CNN’s Jake Tapper interviewed Monica Lewinsky about the FX series chronicling her role in the 1990s White House scandal involving President Clinton, he had a confession he had to make.

“I have to disclose, full disclosure, in tonight’s episode, our G-Rated date from December 1997, our one date from 1997, is portrayed by an actor way better looking than me, now or then,” he said.

That actor is Chris Riggi, the youngest son of Ron and Michele Riggi, one of Saratoga Springs most prominent families known for their dog-friendly stone Palazzo on North Broadway.  And not only is the 36-year-old handsome, he nailed Tapper’s cadence and accent – helping him nab the role in “Impeachment: American Crime Story.”

But he’s even more honored the producers selected his scene with Lewinsky, played by Beanie Feldstein, as the episode’s trailer.

He said after the shoot for the show, a one-day job that didn’t bother with any voiceover work, that his scene was probably going to be cut.

“Then they posted the entire scene on Instagram,” he said. “Articles came flying out. Jake Tapper is talking about it. What a gift. I don’t take any of that for granted. I was really honored they used the scene. I was just so happy.”

Riggi, who moved to Hollywood in 2014, said it’s been a while since he’s landed a role in a television series.  Five years ago, he was cast as a hacker in CBS’s “CSI: Cyber.” In between, he said he’s auditioned for different roles each week, getting one out of every 50 or so.

“People say there is a lot of competition and rejection,” he said. “But I get better and smarter every year. There is a lot of learning. I hope that it shows I’m still in the fight to work as an actor. I’m very grateful, not matter how small, it matters to me.”

So too does making his own way. The uncertain months of the pandemic led him to he write, direct and edit his own project. “Good Luck with Everything,” a film that features his fiancee Stephanie Koenig, was filmed in five days on a shoestring budget of $1,300. Now streaming on Tubi, it got noticed by Noam Kroll, a Los Angeles based filmmaker who interviewed Riggi for a podcast. The two hit if off and now Riggi is set to lead in Kroll’s upcoming thriller “Shell Shock.”

“He told me he wrote a movie for me,” Riggi said. “Nobody writes a movie for you. Regardless of what it’s about, I’m doing it.”

Though an LA actor, Riggi’s roots are solidly Saratoga Springs. He attended Caroline Street School and Maple Avenue Middle School and he credits his love for performing to his grandmother, Angela, a dance teacher, and his mother Michele who was a dancer and model. And he said “my siblings are all hilarious. I love them.”

As a child, he said took acting and improv classes with Home Made Theater at the Spa Little Theatre in Saratoga Spa State Park.

He attended Walnut Hill School for the Arts for high school and then later DePaul University before studying acting at the New York Film Academy and the Lee Strasberg Theatre and Film Institute.

As an actor, he has had roles big and small. While in New York, he had a reoccurring role in “Gossip Girl” as Scott Rosson and appeared in NBC’s “Lipstick Jungle,” the soap opera “Guiding Light” and as a partying stockbroker in Martin Scoreses’ “The Wolf of Wall Street.” He also played the werewolf in the spoof  “Vampires Suck.”

In LA, he starred in the film “Get Happy” and the TV series “Go-Go Boy Interrupted.” The thriller “Masks Don’t Lie,” in which he plays Marco, is currently in pre-production.

He said he could never have a career in acting without the support of his family – parents and siblings as well as Koenig who helps  him to remember what’s important in life.

“I spend so much time auditioning and thinking of my career,” he said. “But the most important thing is family, your friendships and your relationships with your significant other and your dogs (he has three). They are way more important than they ever have been.”

Still he said he loves acting “with ever fiber of my being.” And the joy of playing Tapper – that he meticulously prepared for by watching old VH1 clips of him and reading his article “I Dated Monica Lewinsky” — propels him. He’s glad Tapper approves too.

“I’m a fan of him in general,” Riggi said. “I was extremely nervous because I didn’t want to offend him. When I posted about it on Instagram, he commented and he’s so sweet about it. He’s such a nice guy.”