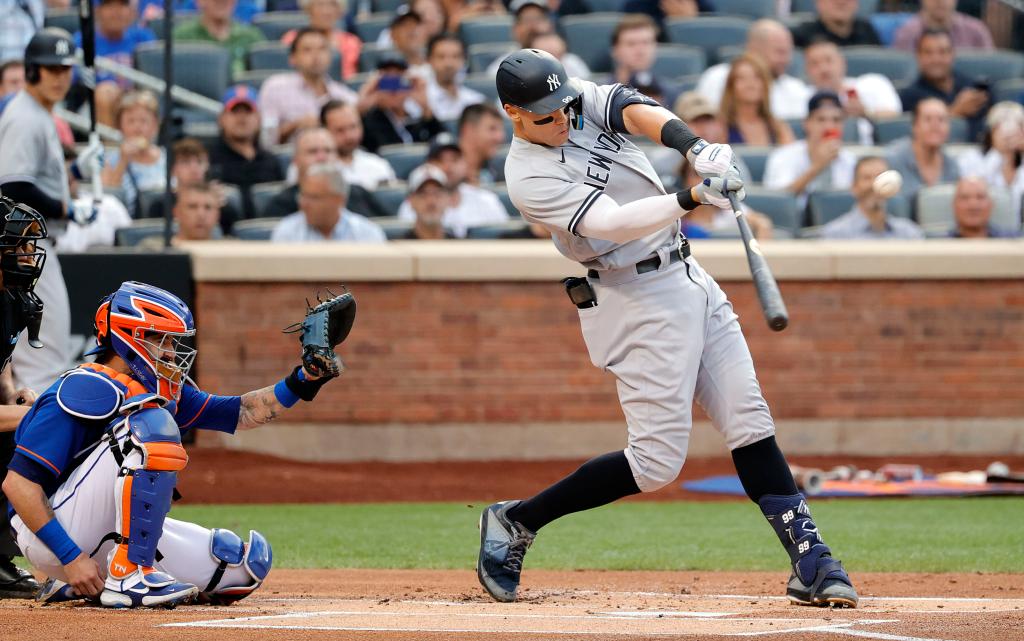 The Aaron Judge Show arrived in Queens on Tuesday night and delivered again — even if the Yankees didn’t in their 6-3 loss to the Mets.

Judge entered with four homers in his previous four games and immediately improved on that number by drilling a solo shot to right that went an estimated 423 feet at 112 mph.

It was his MLB-leading 38th homer of the season as Judge’s onslaught of opposing pitching, regardless of opponent or ballpark, continued.

He also walked on four pitches with two outs in the top of the fourth, as the Mets and Taijuan Walker clearly pitched around Judge to load the bases for Anthony Rizzo.

Rizzo nearly made them pay, when he swung at a 3-0 pitch and hit it to the warning track in dead center, but Brandon Nimmo caught it to end the inning and keep the Yankees down by a pair of runs.

Judge reached base a third time with a single to left off ex-Yankee Adam Ottavino with one out in the seventh, moved to second when Rizzo was hit by a pitch and then stole third — although Rizzo was thrown out at second on the double-steal attempt — but was stranded there when Gleyber Torres popped out.

He’s now 16-for-28 with seven homers and 16 RBIs in his last seven games. Judge also has multiple hits in six of his last eight games and has driven in half of the team’s runs (12 of 24) in its last five games — which is good for Judge and not as good for the Yankees, who have lost three of those games.