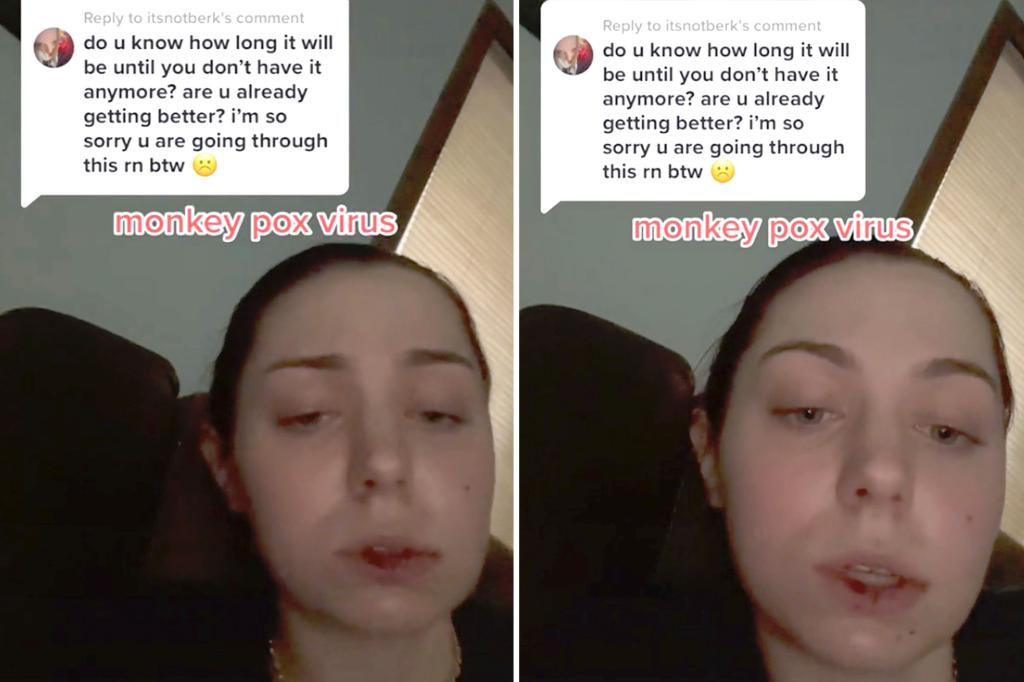 A woman is documenting her monkeypox experience on TikTok

Since monkeypox was declared a US public health emergency on Aug. 4, people have mostly seen infected men speaking out about their experiences.

But as the number of cases increase, women are now speaking about their symptoms, too. One of them is a New York TikToker named Lou, under the handle @kindylouu, who currently has more than 340,000 followers.

She made a video that garnered 1 million views in which she announced that she had monkeypox on July 27.

Lou said she was unaware how she caught the virus but noticed the rash while she was at the beach.

Two days later, on July 29, she made a more detailed video explaining her exact symptoms and showed lesions on both her mouth and fingers.

She expressed pain to the point where she said she could only drink “protein drinks” and that it was difficult to talk.

Lou explained that she was ready to start giving her stuff away because she wasn’t sure if she would make it.

“My uncle died from something like this,” she said.

Her next update on Aug. 1 explained that she had been prescribed lidocaine to numb her mouth in addition to another medicine to help the rash, and she was still only able to drink her food.

Lou said she did not contract monkeypox through sex and has yet to get her monkeypox test results back after taking the test weeks ago.

The next day she experienced a new symptom — abdominal pains — and said her stomach was “on fire.”

Her latest update hasn’t revealed much improvement in her condition as all of her symptoms are still present.