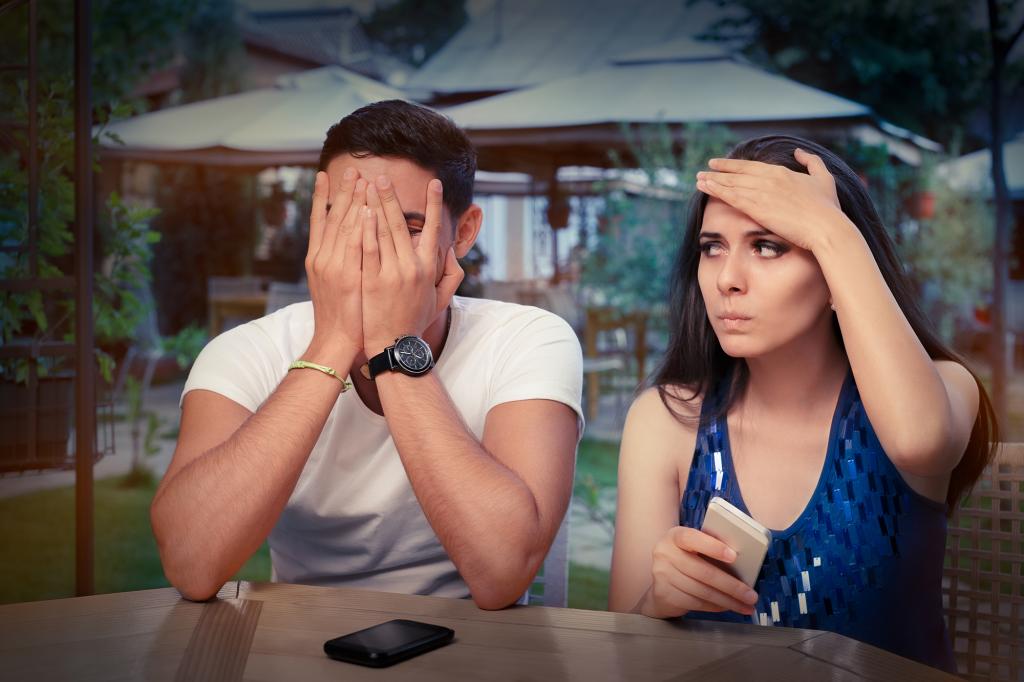 A body language expert saved me from these dating mishaps

Technically we went on a date.

I’d describe myself as a pretty confident sort of woman. Raised in country New South Wales, Australia I’ve got a certain ochre approach to life that has gifted me with a can-do attitude, a profoundly deep love of pre-mixed rum cans and the ability to have a yarn to anyone down the street. You know, the important stuff.

Admittedly, when I moved to the city seven years ago I considered a personal rebrand, shunning the raucous laugh I’d developed after years of being the class clown and no longer calling everyone I encountered ‘mate’, but instead I stuck with it (mainly because changing your whole personality is a lot of effort and it seemed easier to just start wearing lipstick).

While being unapologetically me has thus far held me in good stead, I’m also aware that I can be a lot – both in body, mind and spirit. I sit on buses with a manspread that would rival any actual mans, I confidentially show up to events without knowing a soul and I’ll firmly argue my point if I’m passionate enough – all while remaining polite, but not necessarily measured or cool. Now while I can keep a lid on the ‘big’ when I need to, it’s probably no surprise that my personality traits (both good and bad) go into overdrive when I’m in a social setting, most specifically, those of the romantic variety.

I can be combative, loud and forthright, often approaching first dates like some kind of power struggle of who can be more confident and likeable. As you can imagine, this dance is often tiring and I grow bored of whoever is sitting across from me easily because they don’t often match the energy I bring to the table (my view, probably not theirs).

And after a string of interactions with people so uneventful I’d hardly recall them in the street, I wondered why. Maybe I take up all the airtime leaving them no space. Perhaps they’re just not into brunettes. Or as one friend cautiously but kindly pointed out, it could be my body language.

You see, I use my hands to talk a lot. I emphasise all of my points with gesturing so extreme that it has been known to knock glasses off tables on more than one occasion. Not exactly the stuff of night moves right.

Problem is, it’s a bit hard to make deep ingrained changes without some help (as anyone who has tried to get abs without a personal trainer’s help can attest). And because it would be weird to ask dates for feedback and fumble along off the back of that, I decided to call in an expert in the field – Dr. Louise Mahler. With multiple degrees (including a PhD) in the field of communicating effectively via verbal and non-verbal language, it’s safe to say Louise knows how to get a point across.

The original idea was to have Louise shadow me on a date and then give me her critique on where I’m going wrong afterwards. Due to logistical and ethical reasons however, we decided it probably wasn’t best to have her spy on us from the corner, so we set up a faux date just the two of us.

Of course, I wasn’t trying to date Louise, but I did desperately want to impress her. It’s almost like when you meet a professional athlete and you start rambling on about how you were a state swimmer in high school (I wasn’t and even if I was, surprise, they don’t care!!!) Anyway, so I turn up to the hotel where she’s staying and text her when I arrive. When she meets me in the lobby I’m leaning on a pole, scrolling through emails on my phone and generally all consumed by the illuminated square that is in front of me. Little did I know, from that split second, I was being judged.

When she approached me we shook hands before Louise suggesting a drink in the bar upstairs. I asked how her day was as I followed her and then we sat down to order. At this stage, unbeknown to me, I had made about 67 diabolical mistakes.

“What do you think you most struggle with when it comes to body language?” she asked me as we got settled.

“Eye contact,” I replied, stupidly assuming that was one of my few downfalls.

Bingo. Louise then explained I make all but zero eye contact. Now, when you consider it’s one of the key markers of building human connection and demonstrating engagement, it’s a pretty key factor when it comes to showing interest.

“Eye contact, especially if it’s sustained, is a signal you’re interested in what the other person is saying,” she explains.

I, on the other hand, stared at the floor the whole time she was telling me about her day, never once looking up to confirm that I was listening. Sure, I could argue I was watching where I was walking, but it’s a safe assumption that after 29 years, my legs know how to tackle a flight of stairs without me reviewing each step. Instead, Louise says you should be gesturing and nodding with your mouth open slightly – not out of control, just enough to show you are listening and engaged.

From there, we unpack my physical cues and she doesn’t hold back. While hands should be always visible (never on your lap under the table, this is confusing and can be a sign of deceit), they shouldn’t be used too much either. Louise says hand gestures should always be rising up, as opposed to karate chopping down, which can seem erratic and flustered – a big no if you’re trying to appear cool, calm and collected. Also, when the other person is talking, hands should be in what she calls the ‘rest’ position with one hand lightly resting on the other wrist. Noted.

I did, however, get a tick for seating. According to Louise, you should pick a table facing the exit (which I did), that way you can greet whoever you’re meeting without being caught by surprise, meaning things get off on the right foot from the start.

Of course, the gold stars were few and far between, and when she took a swipe at my voice it all went back downhill. I have two modes: either a high, excitable inflection or the sound of sheer disinterest. There is no in between. Although Louise says a ‘breathy voice’ is the love language I should be harnessing.

“Try and have a little extra breath in your voice which will ensure your pitch is lower. This is because when you’re sexually excited the vocal folds swell up and don’t meet cleanly which causes the air to escape when you speak and you sound breathy,” she explains. Got it.

Now all of this was a lot to take in – especially for someone who claims confidence and effective communication to be two of her assets. Although after taking this advice and implementing it both on dates and in meetings the past week, I can safely say, our body language says a lot more than we think it does. Undoubtedly the breathy voice takes some work to get right (I’m pretty sure when I tried it the guy thought I was having a stroke) but overall, it has been valuable reminder that what we don’t say is just as important as what we do.