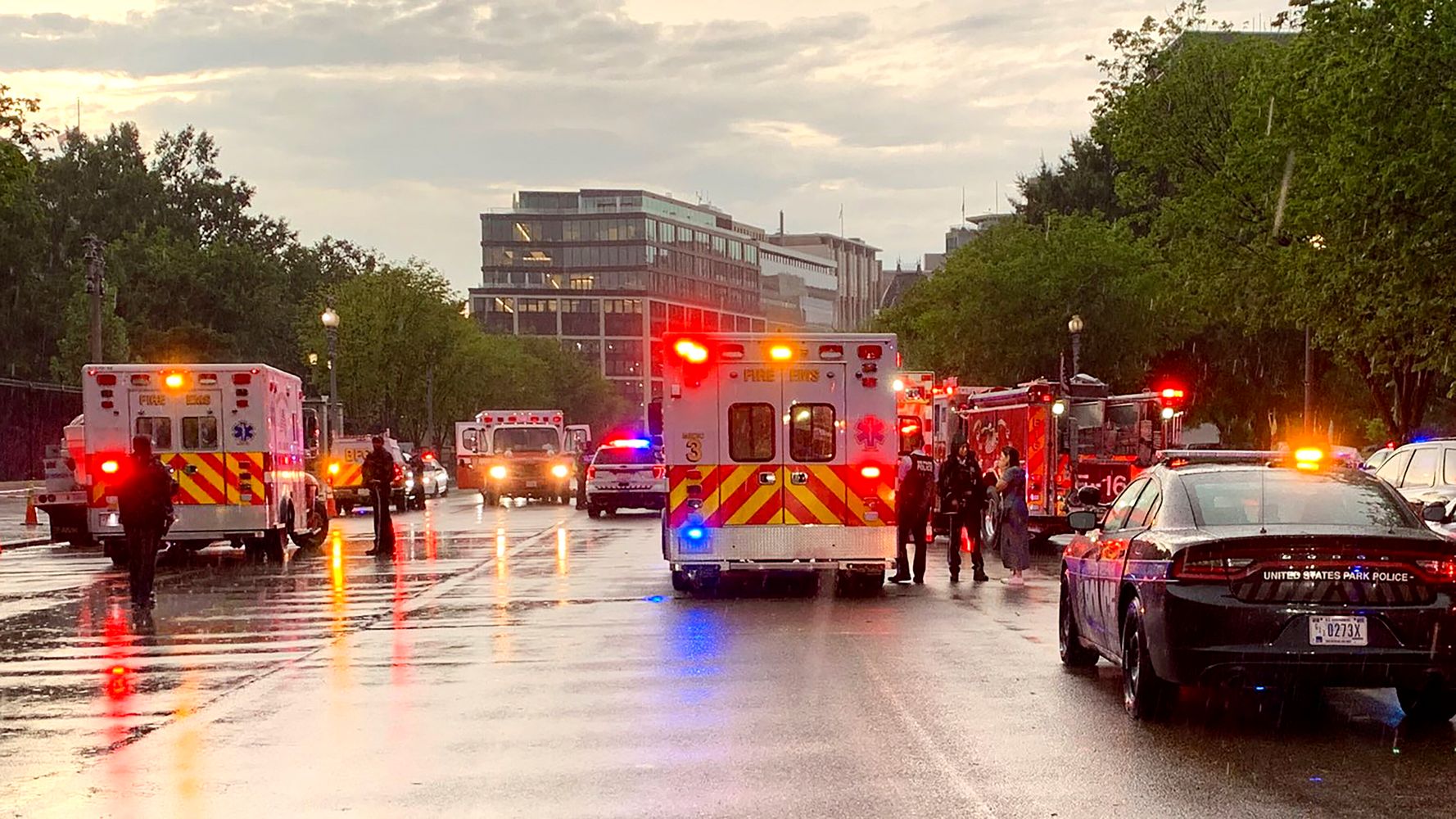 WASHINGTON (AP) — A husband and wife from Wisconsin celebrating more than five decades of marriage were killed in a lightning strike outside the White House. A third victim was pronounced dead Friday evening, and one other is hospitalized with life-threatening injuries.

James Mueller, 76, and Donna Mueller, 75, of Janesville, Wisconsin, died of their injuries after the lightning strike Thursday in Lafayette Park, located directly outside the White House complex, the Metropolitan Police Department said Friday.

A third victim, a 29-year-old adult male, was pronounced dead Friday. The fourth person, a woman, was in critical condition, the police department said. Their identities were not immediately released.

Authorities did not reveal how the people were injured, other than to say they were critically hurt in the lightning strike.

The Muellers were on a trip to Washington, D.C., to celebrate their 56th wedding anniversary, according to their niece, Michelle McNett of Janesville.

“They were a very loving couple,” McNett told the Wisconsin State Journal. “They were very, very family oriented. I think everyone’s just in shock right now and kind of request privacy.”

Donna Mueller was a teacher and in retirement worked at the Comfort Shoppe, a local furniture store. Jim, 76, was a retired contractor who had his own drywall business.

McNett said she’s not sure why the couple picked the nation’s capital for their vacation, but added that “Donna was a constant learner.”

The husband and wife, according to their niece, loved having gatherings and just had a big family gathering a couple of weeks ago.

“They were very religious,” she said. “Just the kind of people who would give the shirt off their back to do anything for you, both of them.”

Officers with the Secret Service and the U.S. Park Police witnessed the lightning strike Thursday night and ran over to render first aid, officials said. Emergency medical crews were called to the scene just before 7 p.m. and had transported all of the victims to the hospital with “critical, life-threatening injures,” fire department spokesman Vito Maggiolo said.

“We are saddened by the tragic loss of life after the lightning strike in Lafayette Park,” White House press secretary Karine Jean-Pierre said. “Our hearts are with the families who lost loved ones, and we are praying for those still fighting for their lives.”

Opinion | Want to rebuild manufacturing? Have a conversation about immigration.

Opinion | Why I quit Amnesty International in Ukraine