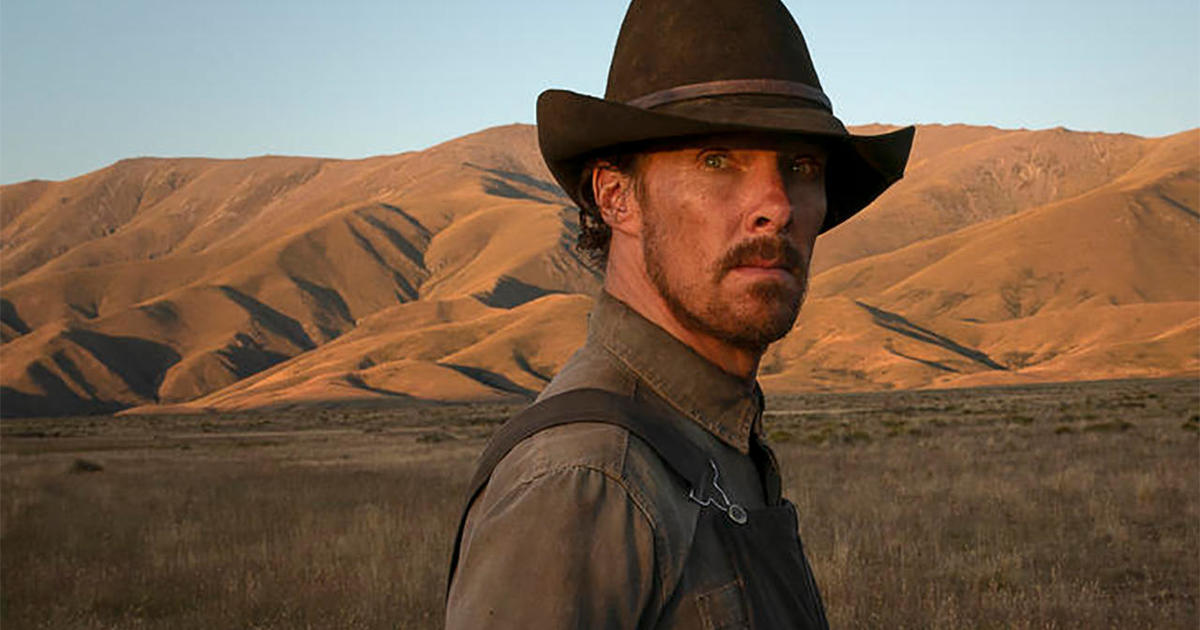 The 59th New York Film Festival has entered its second week, with several notable premieres, including masterful works by Jane Campion and Wes Anderson. Reviews of some of this weekend’s highlights are below.

For more reviews from this year’s festival read Part One of our coverage. More highlights will be published as the festival continues.

The festival wraps on October 10. Proof of COVID vaccination is required in order to attend screenings, so mask up!

“The Power of the Dog” (U.S. Premiere) – Jane Campion, an Oscar-winner for “The Piano,” adapts Thomas Savage’s 1967 Western novel about a particularly sadistic ranchman, Phil Burbank (a riveting Benedict Cumberbatch), whose petty cruelties against his brother and business partner, George (Jesse Plemons), ratchet up and spread to George’s new wife, the widow Rose (Kirsten Dunst), and her sensitive son, Peter (Kodi Smit-McPhee).

That Phil is a poisoning influence on his brother’s new family is harrowing to Rose, but her fears of him increase when Phil’s attitude toward Peter appears to turn from mockery to mentorship – is it a threat, or an expression of love? Cumberbatch’s beguiling characterization leaves the audience on edge, especially once Phil feels he may have met his match with Peter, a young man who has learned to play his cards very close to his chest.

This is Campion’s first feature in 12 years (since 2009’s “Bright Star”), and it’s a welcome return. While the film contains impressive shots of the New Zealand landscape (fulfilling the role of 1925 Montana), the camera’s focus is primarily on the chamber drama of family dynamics being redrawn. The cast is uniformly excellent, as are the picture’s technical credits.

At a Friday press conference, Campion talked about exploring ideas of masculinity in “Power of the Dog” as a bookend of sorts to “Piano”: “You hear that phrase ‘toxic masculinity’ so much that you begin to wonder whether it means anything. I mean, I think we do know it means something, you just try to find another way to describe it. I am really interested in concepts of femininity and masculinity and seeing how they play out in our lives. … And also, when you deal with the alpha males, it’s painful. They’re so dominating, and I am interested in that because we have to put up with that!”

Cumberbatch, digging his teeth into a rare chance to play a western character, said that prior to shooting he spent time at a Montana dude ranch to get the feel of the dirt, and pick up proficiency at horse-roping, whittling and whistling. “And acting, I should mention in there!

“For me, it was about trying to time capsule, I suppose, to try and imagine myself back into that world, which required a lot of subconscious work as well as conscious work. Jane gave me a lot of runway with this, which is a rarity in my life, which was a blessing for this role, because it was quite a shock after a lot of things I’ve done before.”

He also counted on the poetry of Savage’s novel as inspiration: “I carried around the book with me quite a lot. It’s covered in dirt because I was the annoying actor bringing it to set all the time. I was always the annoying actor. Well, I was in character, so of course I was annoying! For me anyway, I found it opened up – I had a lot better understanding of Phil. It had complex building blocks in there. … All the time I felt like I was reaching, and then those lovely moments when you just stop reaching, you just let go. Jane really encouraged me to do that, to stop worrying about the homework and just be. Something unspoken, which you can’t really talk into a microphone about, kind of happened, and there was a lot of space in fact to do that.”

The British actor who starred in “The Imitation Game,” the TV series “Sherlock,” and a host of Marvel superhero movies, nonetheless felt right at home in the location and the period, attesting that he is, in fact, “outdoorsy.”

The film, which bowed as the festival’s centerpiece Friday night, screens again on October 9. A Netflix release, it opens in theaters November 17 and streams on Netflix beginning December 1.

To watch a trailer for “The Power of the Dog” click on the video player below:

“The Girl and the Spider” (U.S. Premiere) – There have been plenty of films about the breakup of romantic relationships and marriages, but few about the parting of ways of roommates – relationships than can be surprisingly intimate and co-dependent – in which a move could trigger a flood of tensions and microaggressions, opening the door to comedy or psychological torture, or something resembling both.

This dramedy by Swiss brother-directors Ramon and Silvan Zürcher (whose first film was “The Strange Little Cat”) spans two days in which Lisa (Liliane Amuat) moves out of the apartment that she shares with Mara (Henriette Confurius). It is finely attuned to the wishes, flirtations, jealousies, animosity and longings that often (and, in this case, do) go unspoken, when friendships are tested, new acquaintances are made, and family trusts are upset. Much in the manner of Eric Rohmer’s tales of dissembled love, the story expresses much more beneath the surface than what is said out loud, sucking us into a quiet exploration of lives criss-crossing in unexpected ways, graced by Eugen Doga’s elegant “Gramofon Waltz.” In a year in which social isolation has colored everyone’s lives in unpredictable ways, this film reminds us of the depths to which our individual narratives descend, and how our lives can be measured by how well we maneuver our (and everyone else’s) storylines. Not to be missed.

Winner of two prizes at the Berlin International Film Festival, the movie will be released next year by Cinema Guild. In German with English subtitles. Screens October 2. Contains sexual situations, nudity, and spiders.

To watch a trailer, click on the video player below.

“A Chiara” – A poignant tale of a young woman’s awakening to family secrets, director Jonas Carpignano maintains his film’s focus exclusively on Chiara (Swamy Rotolo), a 15-year-old whose eyes are opened for the first time about her father’s underworld associations once he goes missing. It’s a perfectly naturalistic tale, cast with non-professionals, in which a determined yet naïve young woman confronts truths about her family and her own responsibilities, her widening eyes revealing a chasm of betrayal and anger. In her splendid debut, Rotolo proves herself an arresting actress, supported by members of her own family playing supporting roles.

“The French Dispatch” (North American Premiere) – In Wes Anderson’s love letter to The New Yorker magazine, he creates a fictional counterpart: the Gallic-based French Dispatch (of the Liberty, Kansas Evening Sun), a literary compendium of life in the fictional town of Ennui-sur-Blasé, a quaint village whose baguette bakers, well-fed feral cats, dawdling prostitutes, and bodies snagged from the Blasé river add color to the pages. It’s where an asylum inmate creates masterpieces of modern art, students protest by means of manifestos and chess matches, and the police department has on staff a master chef, to prepare four-star meals even when the entire force is tied up in a guns-blazing child hostage situation.

Anderson’s affection for the arch observations of New Yorker writers is perfectly in tune with his own persistent style as a filmmaker, and he is brilliant at manufacturing a visual counterpart to that particular genre of reportage. Even more so than in “The Grand Budapest Hotel,” Anderson creates a whimsical hybrid of stagecraft and film magic to transport us into a world that resembles at times a child’s toy box, at others a Tintin comic book. His humorous tableaux, in which characters and objects are frozen in time while the camera tracks past, are carefully manufactured fakery.

“Wheel of Fortune and Fantasy” (U.S. Premiere) – Ryûsuke Hamaguchi’s trio of short stories is remarkably deft at presenting characters that refuse to adhere to our expectations, whose lives, loves and obsessions turn on miscalculations or subterfuge. A young woman reveals the story of her burgeoning love affair to the wrong person; a couple plot revenge against a renowned college professor; and a school reunion brings about a surprise meeting between two former schoolgirls. In addition to the delicately nuanced writing, the performances by the cast are expertly attuned to each other, raising emotions that never feel false or schematic.

“Neptune Frost” (U.S. Premiere) – “A dystopian Afro-futurist sci-fi musical” should be enough of a description to draw attention to Saul Williams and Rwandan-born Anisia Uzeyman’s mesmerizing film. Its depiction of a conflict between oppressive government forces and an uprising fueled by song and an intersex character’s portal connecting the dream world with the internet, mixes lo-fi effects and high-tech computer imagery, steam punk costumes, and glowing makeup and hair styles, creating a unique look that showcases the vibrant artistic ingenuity of emerging African cinema. Screens October 2, 3.

“The Velvet Underground” – In New York City in the early 1960s, singer-songwriter Lou Reed (who sought to escape the Long Island suburbs while writing lyrics telling dark stories of drugs, sex and violence) hooked up with John Cale (a viola student from Wales who sought to escape a stifling existence in the U.K.). They would help form a rock group that became inextricably linked to the East Village avant-garde art scene and Andy Warhol’s Factory in the ’60s and ’70s.

Todd Haynes’ documentary, a collage of new and archival interviews, along with performance footage and samples of the band’s output, may not convert newcomers to the Velvet Underground’s songs (the nihilism of which precluded much mainstream exposure), but it captures well the confluence of social and cultural impulses that made 1960s New York a magnet for disaffected artists of all stripes seeking camaraderie, fame, and nurturing soil for a rebel seed that could be planted nowhere else. [Certainly not in California during rock’s Summer of Love – the Velvet Underground proudly disdained “hippies” and contemporary pop.] The fact that the Velvet Underground made a greater impact long after they broke up speaks to the durability of their music, allowing musicians of different genres to pull at the threads of their sound. Screens October 2, with additional screenings beginning October 13. Opening in theaters and streaming on Apple TV+ beginning October 15.

To watch a trailer for “The Velvet Underground” click on the video player below:

“Întregalde” (U.S. Premiere) – A carload of humanitarian aid workers, dispensing goods to rural inhabitants in Transylvania, becomes stranded in the back country, their situation growing by turns comically futile and harrowingly dangerous. Romanian filmmaker Radu Muntean’s comic drama, which could have devolved into something resembling a horror movie (because sometimes the road to Hell is paved with good intentions), instead maintains a reserve that allows us to slink into the characters’ shoes, to wonder if we could put up with what they do – or if we’d even make it out alive. Screens October 5, 6.

David Morgan is a senior editor at CBSNews.com and cbssundaymorning.com.

Denial of responsibility! Elite News is an automatic aggregator of the all world’s media. In each content, the hyperlink to the primary source is specified. All trademarks belong to their rightful owners, all materials to their authors. If you are the owner of the content and do not want us to publish your materials, please contact us by email – [email protected]. The content will be deleted within 24 hours.
benedict cumberbatchcinemafilm festivalsNew York Film FestivalThe Power of the Dog
0
Share FacebookTwitterGoogle+ReddItWhatsAppPinterestEmail