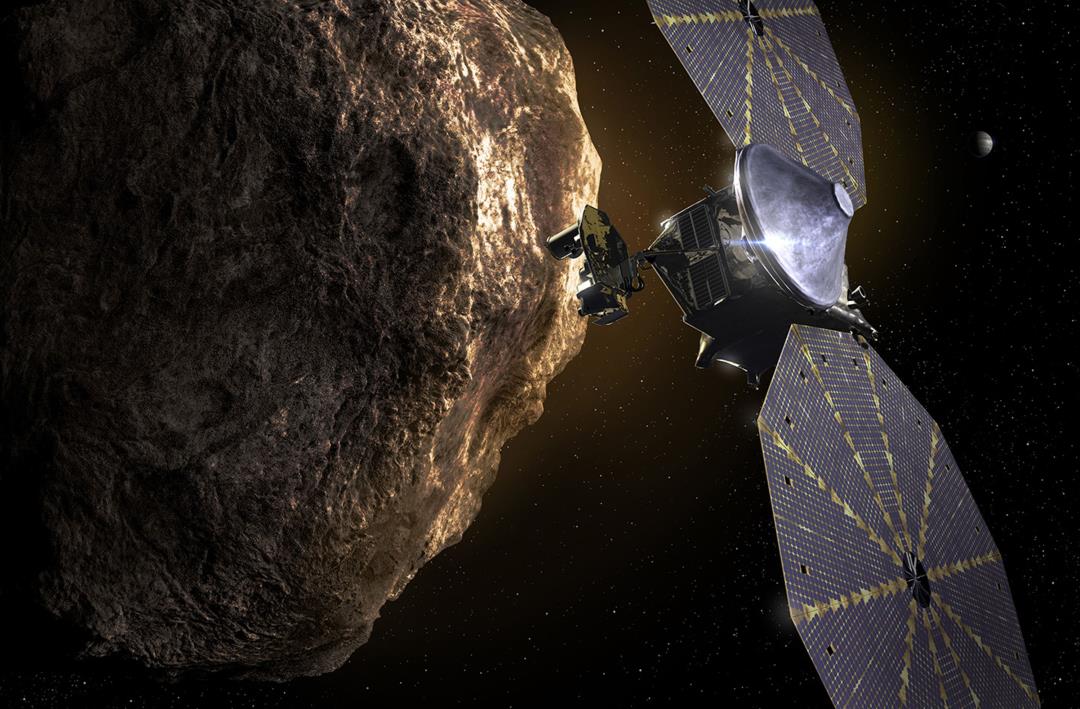 (Newser)
–
Attention asteroid aficionados: NASA is set to launch a series of spacecraft to visit and even bash some of the solar system’s most enticing space rocks. A robotic trailblazer named Lucy is up first, blasting off this weekend on a 12-year cruise to swarms of asteroids near Jupiter—unexplored time capsules from the dawn of the solar system, per the AP. The $981 million mission, the first to Jupiter’s so-called Trojan entourage, is targeting an unprecedented eight asteroids. Liftoff is scheduled for Saturday. Others on deck:

Coldplay sets ‘Music of the Spheres’ world tour for 2022

ADHD symptoms are more likely to occur in younger and male dogs of certain breeds,…

QAnon promoter Ron Watkins is running for Congress in…

ADHD symptoms are more likely to occur in younger and male…