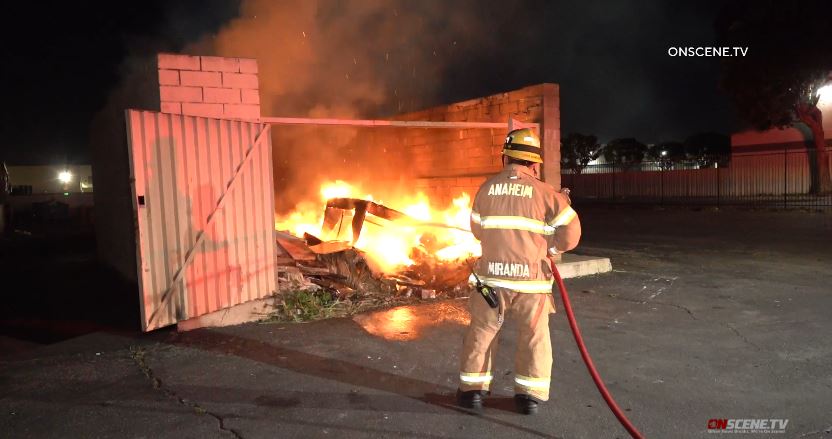 Anaheim firefighters were called by the Fullerton Fire Department to the 2300 block of Orangethorpe shortly after midnight, Anaheim police Sgt. Jon McClintock said.

Fullerton firefighters had responded to two dumpsters on fire, then called Anaheim after noticing dumpsters on the other side of the cities’ border were also ablaze, McClintock said.

It took firefighters about 30 minutes to extinguish all of the blazes, Anaheim Fire & Rescue Battalion Chief Brent Faulkner told OnSceneTV.

“The response prevented the fire from growing and spreading to the nearby structures,” McClintock said.